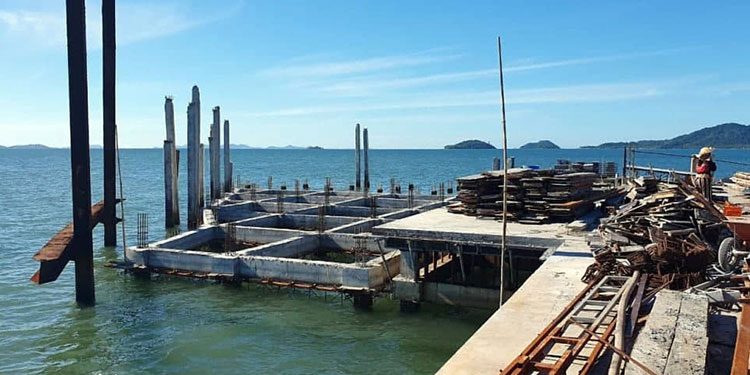 Koh Tonsay tourism port, on the Koh Tonsay Island, four kilometres off Kep province’s mainland, is set to break ground in the middle of this month and should take 15 months to complete.

The procurement of the Koh Tonsay tourism port ended on Sept 16. It was organised by ADB and a construction contract was provided to a local firm – Vimean Chey Group – for $1.6 million.

The construction of the port was discussed in a virtual meeting held on Sept 30, with participation from officials from Kep provincial administration, the Ministry of Economy and Finance, the Ministry of Public Works and Transport, the Ministry of Tourism, representatives of ADB and the contracted firm.

The construction activities are set for Oct 14 and it should take the 15 months to complete – around Jan 15, 2023.

Rao Sokha, deputy governor of Kep province, said that the facility will contribute to the tourism sector on the island, aiding travel for tourists and local people.

“The port will facilitate the travel of tourists to the island because, currently, tourists and people have to jump down at the coastal line once they arrive on the island,” said Sokha.

Infrastructure established at the Koh Tonsay Tourism Port includes a 130 metre pier, a floating roof platform for docking off from cruise ships and ferries, kiosks for ticket and money exchange, a terminal hall, an information desk, an administration office, a survivor counter and toilets.

Additionally, it will also includes a 740 metre concreted walkway linking the pier tourism terminal on the platform to restaurants and bungalows along the beach.

The province is currently renovating an onshore international tourist port, located across the Chhak Kep bay from Koh Tonsay Island.

It is about 80 percent completed, according to Sokha.

Renovated as a standard tourism port, it will handle modern ships with 200-300 passengers from other ports in other coastal provinces and neighbouring countries such as Vietnam and Thailand.

In Kampot province, the $8 million tourism port, funded by the ADB, is under construction. The current 84 percent completed- port construction is expected to reach finalisation before the end of this year.