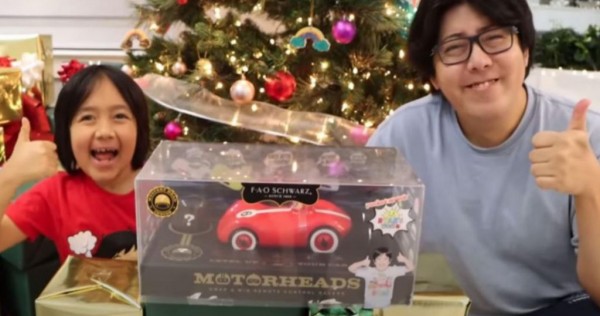 NEW YORK – A nine-year-old boy from Texas has topped the annual list of highest-paid YouTubers compiled by Forbes magazine for the third year running, with earnings of nearly US$30 million (S$40 million) this year.

His most popular video, Huge Eggs Surprise Toys Challenge, has more than two billion views, making it one of the 60 most-viewed videos ever on YouTube, according to The Guardian news site.

In addition to the US$29.5 million he earned from his “unboxing” videos, where he removes toys from their packages and reviews them, Ryan’s line of branded merchandise sold at Target, Amazon and Walmart raked in US$200 million in sales last year.

He has also signed a deal with children’s channel Nickelodeon for a series called Ryan’s Mystery Playdate, reported Forbes.

The business magazine noted that the top 10 earners on its list secured an estimated US$211 million in total earnings from June 2019 to June 2020, a 30 per cent jump from the previous year. The coronavirus pandemic, it said, has boosted business for YouTube, which has been a major draw for people staying home during the pandemic.

The second-highest earner and newcomer to the list is Jimmy Donaldson, better known as Mr Beast, who earned an estimated US$24 million. The 22-year-old digital celebrity is famous for his wild and expensive stunts, including blowing up a Toyota and detonating the world’s most-expensive firework, a 180kg, US$160,000 device. The 11-minute firework episode has since been viewed nearly 60 million times.

Another child star, Anastasia Radzinskaya, known as Nastya, came in seventh on the list. The six-year-old Russian girl and her father play with Lego, do household chores and explain viruses on her channel, which has over 190 million subscribers and 39 billion views. She earned US$18.5 million for the year.

While it may be a good time to be YouTube star, the pandemic casts a shadow even on them.

“I just can’t wait until we can go back outside,” Ryan says, according to Forbes.

Cambodia Chamber of Agro-Industry will be established soon