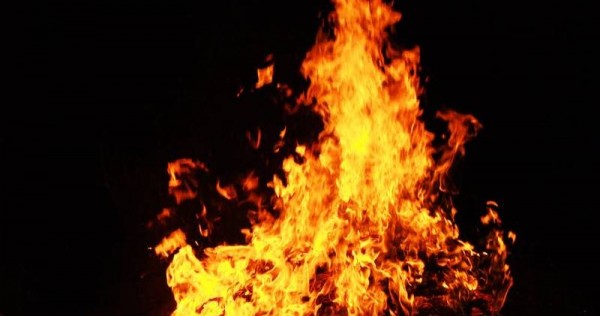 A family of five was killed in a fire that engulfed their four-story house on Jl. Panyabungan in Pematang Siantar, North Sumatra, on Saturday night.

According to Pematang Siantar Fire Department head Josua Sihaloho, police officers were looking into the incident but an initial investigation found that the fire started on the first floor where the family stored liquefied petroleum gas (LPG) canisters.

He further stated that the firefighters struggled to put out the fire as explosions kept occurring from inside the building.

Angga, a local resident, said that he heard an explosion coming from the house prior to the fire.

“I heard an explosion sound and saw fire burst out from the building,” Angga told The Jakarta Post on Saturday.

Nur Hama, another local, explained that the fire started on the first floor of the building, which was used for storing LPG gas canisters.

“The fire started at around 7.40pm, we saw the family screaming for help from the second floor. They were trapped and could not get out of the building,” Nur told the Post.

“However, we could not do much [to help them] as the fire got big so quickly and engulfed the entire house.”