400mW power plant in Kandal, Province of Cambodia, to resume construction next month 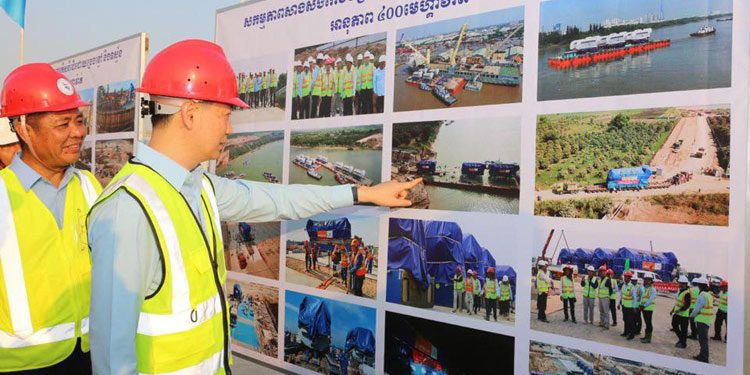 Construction on a 400 megawatt (mW) heavy fuel oil power project in Kandal province’s Lvea Em district, which was planned to begin operations in the first part of June, will not be able to move forward as planned.

The on-going COVID-19 pandemic is causing disruption for the project because essential foreign civil engineers cannot fly to Cambodia to continue their work, said Victor Jona, director-general of energy and spokesperson at the Ministry of Mines and Energy.

He added construction on the project is still moving forward, but there is a problem with getting the technical team here because of travel restrictions. However, he said there might be a positive move from June for the project to begin moving forward.

The government also has a plan to build a substation connecting the 400mW project to the national grid, which is expected to significantly contribute towards stabilising the country’s power supply. It is also part of the government’s plan to combat power woes in the country.

It was previously announced the project will cost $380 million – $300 million to be lent by the government and the rest coming from the state-run Electricite Du Cambodge’s budget.

The construction of the power project started in October 2019. It is is composed of two plants. One will be powered by a 200mW generator from Finnish firm Wartsila. This plant is being developed by Chinese firm CGGC.

“Although progress will be delayed, there will be no negative impact on power supply,” said Jona.

“The power consumption this year will not face the same power shortages as last year because currently we have sufficient water levels to produce electricity at hydro-power dams, so we can assure people there will be no power shortage this year,” he noted.

Currently, 12 power projects are in operation, seven of which are hydropower dams, with a total capacity to generate 2,093mW. The government also granted licences for nine more power projects, which are currently under development, with a capacity to produce a total of 1,500mW in the near future.

In the light of the COVID-19 pandemic, the government last week announced a 25 percent reduction in electricity tariffs. This incentive is based on the previous average from Q1 and will beimplemented from next month until October – a five month period.

Only those businesses thta are suffering from the pandemic in four key areas – manufacturing, agriculture, commercial and service – will receive the benefit.

Masks too dangerous for children under 2, Japan medical group says