25 years after Princess Diana’s death, a friend says if she were still alive, there’d be “no split between Harry and William” 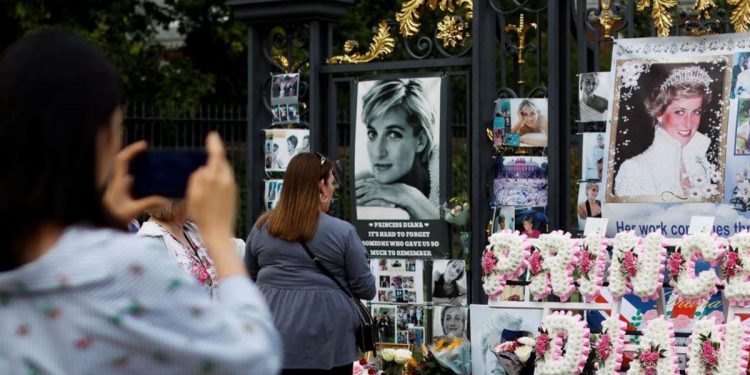 London — Wednesday marks 25 years since Princess Diana was tragically killed in a car crash in Paris. People gathered outside her former home in London, Kensington Palace, as they do every year on August 31, to pay their respects and honor the memory of the “People’s Princess.”

Diana was a royal, a rebel and a mother who lived her short life in the glare of the cameras. Until suddenly, at the age of just 36, her light went out.

The British people, famous for their stiff upper lip, were overcome in their heartbreak, both for themselves and their nation, and for Diana’s two young sons, Princes William and Harry.

“I miss her hugely,” Richard Kay, a journalist who struck up an unlikely friendship with Diana, told CBS News senior foreign correspondent Holly Williams. “I miss her laughter… and I miss that little spontaneous thing where she would call and say, ‘Come to lunch… Do you want to see a movie?'”

Kay said he spoke to the princess the night she died.

“I was one of the last four or five people that she called,” he said. Their conversation “dealt a lot with the publicity that had sort of surrounded those last days and weeks of her life… about how fed-up she was. Now I had heard this before, but this time I thought she really meant it. She talked about leaving the country. She talked about going to America, settling there.”

On paper, Diana was a perfect fit for the royal family. She was aristocratic, beautiful and demure.

But even before her so-called fairytale wedding, she’d become something unique: A royal who was also a megawatt celebrity. As things turned frosty with her husband Prince Charles, she became a rule breaker, too, championing causes like HIV patients and landmines, and doing a bombshell interview with the BBC in which she talked about her troubled marriage.

“There were three in this marriage,” she said, alluding to Charles’ relationship with Camilla Parker Bowles, who he went on to marry years after Diana died. “It was a bit crowded” We now know the BBC journalist lied to get the interview. Diana’s relationship with the media was always complicated.

“Her legacy, of course, mainly rests in the shape of her sons,” Kay told Williams.

Asked what he thought she would make of the fact that her boys have seemingly had a falling out, he said “if she was still with us, there would have been no split between Harry and William.”

“She’d be 61,” he told CBS News. “She’d obviously be a very proud granny… she might have remarried. She might even have had a second family. She wanted desperately to have a daughter or two.”

“I’m sure she’d still want to be making a difference,” the princess’s friend told Williams.

In recent years, Diana has been portrayed in a number of movies and television series, but there was only one Diana, and even the glittering younger generations of royals can’t recapture her magic — a strange cocktail of glamor and vulnerability. At Kensington Palace, the tributes that people had come to lay out in her honor were evidence of one of the biggest impacts she had on the country: Making the royal family a little more relaxed, more down to Earth, maybe even a bit more human.