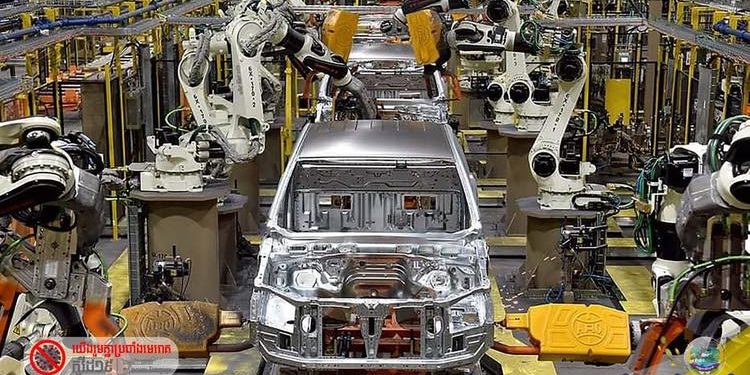 US automaker Ford, has decided to invest $21 million in an assembly line for the production of the Ford Ranger and Ford Everest. The assembly line is currently under construction and will begin production in April.

It is located in Krakor Special Economic Zone, Pursat Province.

Keo Rattanak, Minister Delegate to the Prime Minister, Director General of Electricite du Cambodge and Chairman of the Royal Government Working Group for Krakor and Kandieng Districts, said: “With this investment, Ford USA will assemble , Ford Pick-Up, Station Wagon or Ford SUV’s and will start production in April before the Khmer New Year.”

He added, “We are now trying to attract them to bring in more of their partners to produce components in the territory of Krakor district, which is the master plan of Krakor district, Kandieng district, in general and in particular, for Pursat province itself, and we will start the inauguration after the situation of Covid- 19 has eased.

This Ford factory is being built on a land area of ​​more than 4 hectares in Savon village, Sna Ansa commune, Krakor district, Pursat province, 159 kilometers from Phnom Penh. The plant will assemble and assemble the Ford Ranger and Ford Everest, with RMA AUTOMOTIVE (CAMBODIA) CO., LTD initially investing $ 21 million.

The company plans to assemble a total of 4,500 vehicles in the first year to meet the requirements of the Cambodian market alone.

The plant will help create up to 500 jobs for the production line.