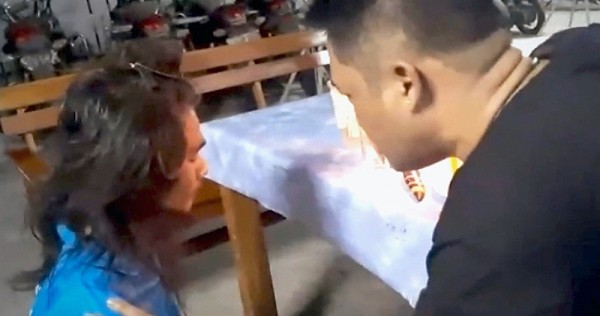 A man in Udon Thani province went on a stabbing spree on Saturday (Dec 5), leaving two persons dead before he was arrested.

The man stabbed seven people, and claimed to be unconscious of his actions under the influence of a drug.

At 1.30pm, police were notified that seven people had been attacked with a knife at an intersection.

Among them were reportedly minors who were severely injured.

A 16-year-old schoolgirl was stabbed in the neck and succumbed to her injuries at a hospital while a a 22-year-old woman died at the scene.

The youngest victim was a 13-year-old boy who was stabbed in the neck.

Thirty policemen and rescuers had to surround the alleged assailant before he was captured.

He could not provide useful information while being interrogated but said that he had taken two amphetamine pills and he did not know what had happened after that.