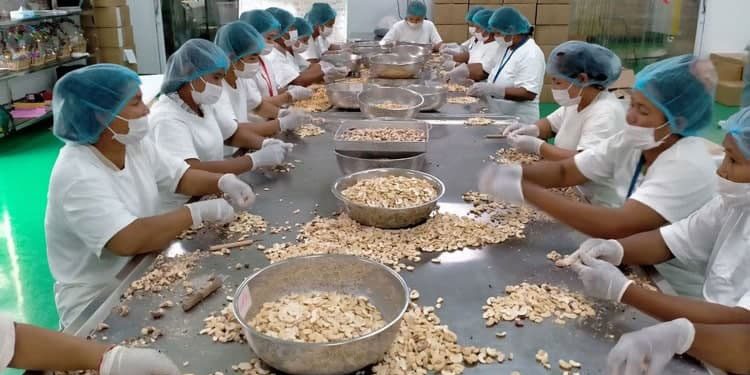 Under the contract, scheduled to be implemented in the harvest season next year, the agricultural cooperatives will supply 100 tonnes of fresh cashew nuts per year, he said, citing that the agreement focuses on the quality and standard requirements of the commodity.

“This is a boon for Preah Vihear province farmers,” he said.

“The contract farming with these two companies will help improve the lives of farmers, especially stabilize market prices,” he said. Under the deal, a tonne of fresh cashew nuts is priced at $1,625.

Fresh cashew nuts from the agricultural cooperatives will be processed at the Chey Sambo Cashew Nut Processing Handicraft in Kampong Thom province and to be supplied to the two Japanese firms, said its president In Lai Huot.

Currently, the handicraft in Kampong Thom province is the sole agency having the licence for exporting cashew nuts abroad, according to the Cashew Nuts Association of Cambodia, citing that almost all fresh cashew nuts are exported to Vietnam.

In the first seven months of the year, Cambodia exported 670,000 tonnes of fresh cashew nuts to Vietnam worth over $1 million, a decrease of more than 37 percent compared to the same period last year.

Besides Vietnam, Cambodia exports cashew nuts to China, Japan, Laos and the UAE. By maintaining good quality, the Chey Sambo Cashew Nut Processing Handicraft is looking to expand the market to other countries.