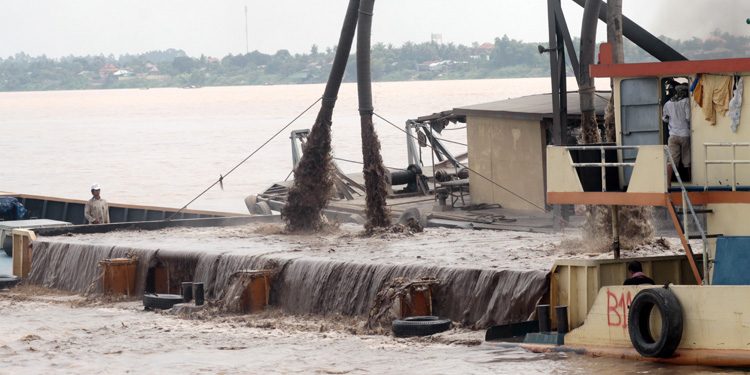 The Ministry of Mines and Energy received applications from 13 bidders for sand extractions in two provinces of Cambodia when the deadline for submission closed yesterday.

The ministry had called for public bidding for sand extractions in seven areas in Koh Kong and Preah Sihanouk provinces.

The three areas identified in Koh Kong province are in Botom Sakor and Sre Ambel districts while the four areas are located in Preah Sihanouk province’s Stung Hav and Prey Nop districts.

The Director-General of Mines at the ministry Yos Monirath in a statement said the seven areas cover about 2,100 hectares and the ministry will issue permits for the applicants to carry out the study at the designated areas.

With the closing of the submission of bidding applications yesterday, he told Khmer Times that they will call the applicants on Friday and issue them with permits to conduct a study for commercial potential.

The companies have 30 days to conduct a study on the designated areas before submitting their business plans to the ministry before it decides on which company or companies to issue the business licence,”said Monirath.

The sediment in the locations is mainly sand for filling the basement of buildings and constructions, he said.

Currently, over 100 licences have been issued by the ministry for sand extractions throughout the country and the licences are normally for a two-year period.

The sand extraction bidding announcement in the two provinces was made amidst the construction sector in the coastal provinces, particularly in Preah Sihanouk province booming.

Last year, the royalty revenue from the sand extraction licenses were $20 million, inching up from $19 million recorded in 2019, according to the ministry.

‘We must end this uncivil war,’ Biden says, taking over a US in crisis