With schools shut, teachers in India are being recruited as alcohol spies 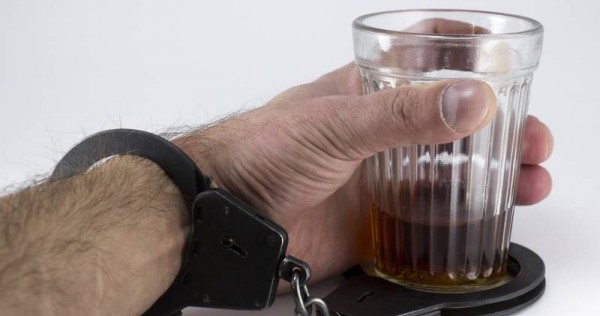 Teachers are threatening statewide street protests in Bihar, northeast India, after being ordered by the education ministry to work as informants in a crackdown on illicit alcohol.

With schools in the state closed due to the Covid-19 pandemic, teachers have been asked to take on a variety of tasks outside their normal duties — including helping to run vaccination centres and checking that the public are following coronavirus protocols.

But the latest requirement that they snoop on people around them and act as informers if they see anyone either drinking or brewing alcohol appear to many to be a step too far.

Alcohol consumption has been illegal in Bihar since 2016, though it continues under the radar, much of it illicitly brewed hooch that contains so much methanol it is poisonous.

“Principals, teachers, school committee members and all persons associated with schools should identify liquor consumers and suppliers of liquor and should inform the excise department on the toll-free numbers provided,” said the recent order from the education ministry.

Teachers say they should not be asked to do the job of the police and have vowed a statewide protest if the order is not withdrawn.

They were not appeased by Education Minister Vijay Kumar Choudhary backtracking by calling the order “voluntary” and urging them to do it as “responsible citizens”. He added that no targets had been specified and that the informers would not be identified.

Brajnandan Sharma, president of the Bihar State Primary Teachers’ Association, said the body condemned “this order turning us into informers”.

“It will erode the public’s trust in us. Even if our names are not revealed, the liquor mafia will assume we were responsible if one of them is arrested. Then we and our families will be targets for their killings,” Sharma said.

Sharma accused the government of enlisting teachers to enforce prohibition because the police and other agencies had failed.

Bihar’s prohibition has proved popular with some women whose husbands drank away their income and turned to domestic violence.

But alcohol has proved impossible to eliminate. People dying after drinking moonshine has become routine. The dead are invariably the rural poor who cannot afford to buy something safe to drink.

In the last few weeks of last year, 45 people died after drinking illicit alcohol. Over a dozen have died recently in Nalanda, the home district of Bihar chief minister Nitish Kumar, who introduced prohibition. Another five died last week in Dumrao village.

These are merely the latest incidents. Since 2016, hundreds of men have died or lost their eyesight from drinking bootleg booze.

The National Family Health Survey 2019-20 found that over 15 per cent of the around 54 million males aged over 15 in Bihar drank alcohol — a much higher figure than in many states where it is not prohibited.

With demand steady, the ban has served only to move the business underground. The liquor mafia makes plenty of moonshine to meet demand and often operates with impunity thanks to police connivance.

Prohibition has forced those in the industry to become more creative in their methods. Local reports say alcohol is smuggled into Bihar from other states in ambulances, oil tankers and even coffins to avoid detection.

Opposition politicians have called prohibition a failure and demanded Nitish Kumar’s resignation over the bootleg alcohol deaths. Responding to allegations that the government was guilty of “murder”, the prohibition minister Sunil Kumar said on Monday (Jan 31) that the deaths were the result of poisonous liquor, not the ban.

“People of the state are poor and some of them are involved in this illegal business to earn some money. They choose wrong methods to make liquor and sell it in the market. The poor consumer buys such liquor as it is available at low price and becomes a victim of spurious liquor,” Sunil Kumar told a news agency.

In fact, far from being defensive, Nitish Kumar has been doubling down on the policy. In November, he forced 800,000 civil servants to take an oath pledging never to touch a drop of alcohol in their lives.

If the snooping order is not withdrawn, the teacher unions have pledged to hit the streets until it is. They are also angry at being singled out for the job of “informers” simply because schools are closed because of the pandemic.

“We have already been on Covid duty — helping run vaccination centres and checking that the public are following Covid protocols — and now they want us to monitor alcohol consumption too,” said Manoj Kumar, a headmaster in Patna.

“It’s as though we are a jack of all trades.”