Will the Philippines enact ‘Marcos Day’ to honour a dictator? 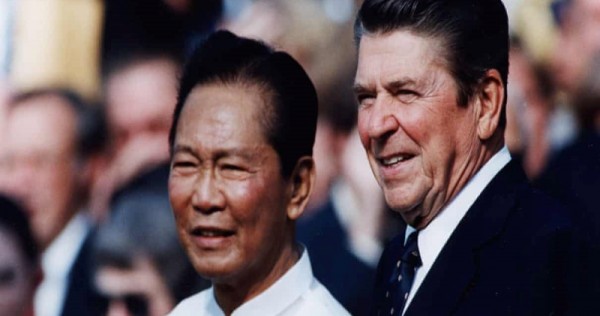 Ferdinand Marcos was a corrupt dictator who led a regime that killed thousands of Filipinos and looted billions of dollars, as established by court findings and abundant evidence. But to 178 legislators in the Philippines, Marcos is a hero whose birthday they want declared a holiday in his home province.

The lawmakers are calling for Sept 11 to be known as President Ferdinand Edralin Marcos Day, or “Marcos Day”, as outlined in a bill sent by Congress – as the House of Representatives’ lower chamber is colloquially called – to the senate for enactment.

It would be a special non-working holiday in Ilocos Norte province, the bill reads, because the dictator “served as inspiration for young leaders to exemplify his leadership and governance”.

Marcos ran for president as a self-proclaimed war hero, but many of his claims were later discovered to be false. He declared martial law in 1972, and under his dictatorial rule Filipinos were stripped of basic freedoms, with thousands arrested, tortured and murdered.

Before his regime was finally toppled by the peaceful “People Power Revolution” in 1986, it had plundered around U$10 billion (S$14 billion) and brought the country to the brink of economic ruin. Marcos died in exile in Hawaii in 1989.

The bill has sparked outrage in the Philippines, with senator Francis Pangilinan – president of the opposition Liberal Party – among those who have condemned it.

“It would be inappropriate to honour a tyrant and thief,” he told This Week in Asia, pointing out that Congress in 2013 passed a bill awarding compensation to victims of human rights abuses under martial law.

Senate president Vicente Sotto III told This Week in Asia it was “a bill of local application” that would be passed “unless someone objects”. Should there be an objection, the bill would be discussed before being put to a vote, he said.

Liberal Party president Pangilinan said he and his party would oppose the bill, adding that it was unlikely to be passed by Friday, Marcos’ birth anniversary.

In an editorial, the Philippine Daily Inquirer described the Marcos Day bill as “a slap in the faces of the millions who massed on the streets of the country to oust the Marcoses”, pointing out that “the ranks of the freedom fighters included President [Rodrigo] Duterte ’s late mother”.

Duterte himself has been an enthusiastic enabler of the Marcoses. He has repeatedly expressed his admiration of the dictator, and kept a campaign promise to allow his remains to be buried in the Philippine national heroes’ cemetery.

Lee Kuan Yew, the founding father and first prime minister of Singapore, who personally dealt with Marcos when the dictator was in power, wrote in his memoirs: “Only in the Philippines could a leader like Ferdinand Marcos, who pillaged his country for over 20 years, still be considered for national burial.”