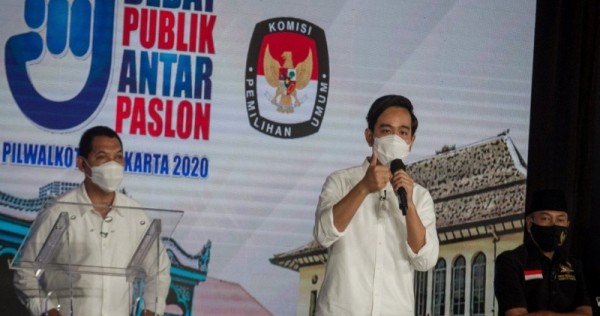 More than 100 million people are eligible to vote in Indonesia’s regional elections on Wednesday (Dec 2), making it one of the largest such events in the world during this pandemic year.

Critics and health experts have expressed concerns that the elections could turn into a super-spreader event, exacerbating the health crisis in the world’s fourth most populous nation.

The elections will be held to select leaders in 270 regions – nine provinces, 224 regencies, and 37 municipalities – and are the largest regional elections to date in Indonesia.

The government has again set Dec 9 as a public holiday, as it did for the presidential election last year, reflecting the country’s moniker for the one-day election event – pesta demokrasi, or “democracy festival”.

Vote counting is expected to wrap up on Dec 20.

Why didn’t the authorities delay the election?

Health experts and influential groups including the two largest moderate Muslim organisations, Nahdlatul Ulama and Muhammadiyah, called on the government to cancel the elections because of the coronavirus pandemic.

Instead, the government in June decided to push the date back from September to Dec 9.

President Joko Widodo’s spokesman, Fadjroel Rachman, said in September that the elections could not be delayed further because the government wanted to “preserve the people’s constitutional rights to vote and to be voted into a public office”.

Jakarta is also aiming to showcase to the international community that Indonesians are capable of holding a major election even amid the pandemic, with voters complying with stringent health measures.

However, the General Elections Supervisory Agency, or Bawaslu, said on Friday (Dec 4) that there had been 2,584 violations of health measures since campaigning started on Sept 26 until it ended on December 4.

More than 124,000 campaign events or activities were held in person, despite the agency’s plea that only virtual campaigning be done.

Although some election contenders did indeed use virtual campaigns, mostly through such platforms as the video-sharing app TikTok and videoconference app Zoom, some of the digital campaigns were hindered by the country’s poor internet connections.

In the week of Nov 15 to 24, Bawaslu recorded only 116 online campaign activities, compared with over 18,000 face-to-face activities such as rallies and door-to-door campaigning.

How bad is the coronavirus situation?

Similarly dire situations have been reported elsewhere, such as in the cities of Yogyakarta, Depok, and Kediri.

Over 340 doctors, nurses, dentists, and health staff have died countrywide,  according to the latest data from Indonesian Doctors Association.

Epidemiologists have said that regional elections could spark new Covid-19 clusters, as political rallies of fewer than 100 people are still allowed.

The election commission (KPU) was under fire last week after it announced on social media that Covid-19 patients could still vote from their hospital beds, underlining the authorities’ drive to include all eligible voters, no matter the risks.

What health protocols have been put in place?

The KPU has set up a number of health protocols for all 298,939 ballot stations in Wednesday’s elections.

Instead of the usual finger dipping in a bottle of ink, to show that a person has voted, a staff member at each ballot station staff will place a drop of ink on a voter’s finger instead.

There will also be a booth for voters whose body temperatures are above 37.3 deg C (99.1 deg F). Meanwhile two elections staff, wearing protective gear will bring the ballot box to hospitalised Covid-19 patients.

What are the key races to watch?

Concerns about dynastic politics – where a candidate is related to an existing political figure – as well as the use of identity politics to gain votes have resurfaced in these elections.

For example, the eldest son of Widodo, Gibran Rakabuming, is running in Solo, Central Java, for the mayoral seat that allowed the president to carve a name for himself. The mayoral contest in Medan, North Sumatra, features Widodo’s son-in-law Bobby Nasution.

In 25 races, candidates are running unopposed. In such cases, the ballots must feature a so called empty box that voters are free to tick, and if the empty box “wins”, a temporary regional head will take the office until the next election.

This has happened before, such as during the mayoral race for the city of Makassar in South Sulawesi in 2018.

Other races to watch are in Surabaya, South Kalimantan, West Sumatra, South Tangerang and Makassar, which features a rematch of the 2018 mayoral race between Munafri Arifuddin, the nephew of former vice-president Kalla, and former incumbent Danny Pomanto. In 2018, Munafri was able to have Danny, a more popular candidate, disqualified.

Munafri then ended up running against an empty box, and lost. Since that time, Makassar has had an interim mayor, who was appointed by Indonesia’s interior minister.

Indonesia’s communications ministry said that it had shut down over 200 websites during the same period, 15 of which had uploaded racially and religiously charged content to attack particular candidates.

Kontras said that misinformation about race and religion being circulated during the elections could pose a risk for “minority groups that would become more vulnerable after the election is over”.

The regional elections also could determine the outcome of 2024 presidential elections, as party-linked regional leaders could rack up votes from their region for the party’s presidential ticket. Widodo will not be able to run again, and some political figures from rival parties have been tipped as potential candidates, including Widodo’s two-time presidential contender rival, Prabowo Subianto.

For Widodo’s PDI-P party, a massive win in this year’s regional elections could help it sustain its grip on power after the current leader steps down from heading the world’s third-largest democracy.