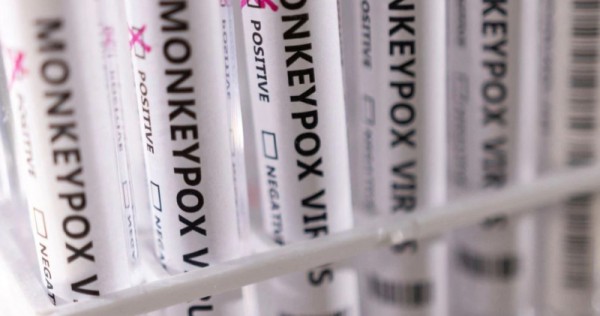 The number of monkeypox cases reported globally declined by 21 per cent last week, after a month-long trend of rising infections, the World Health Organisation said on Thursday (Aug 26)

The WHO declared the outbreak a global health emergency in July. So far, more than 41,000 cases of monkeypox and 12 deaths have been reported from 96 countries, with the majority of cases from the United States.

The decrease in case numbers may potentially signal that the outbreak is declining in the European region, according to WHO’s latest epidemiological report.

“There are signs the outbreak is slowing in Europe, where a combination of effective public health measures, behavior change and vaccination is helping to prevent transmission,” WHO Director-General Tedros Adhanom Ghebreyesus said in a press briefing.

Still, nearly two dozen countries saw a rise in weekly case numbers with the highest increase reported in the United States. Over 34per cent of the current global case count is in the US

The regions of the Americas is continuing to see intense transmission and the region accounted for 60per cent of cases in the past month.

“In Latin America in particular, insufficient awareness or public health measures are combining with a lack of access to vaccines to fan the flames of the outbreak,” Tedros said.

With vaccines in short supply, many countries including the US are trying to stretch out supplies by administering smaller doses to make the most of existing stocks.

While regulators have justified the approach, Bavarian Nordic, the maker of the only approved monkeypox vaccine, has raised doubts about the safety of this so-called fractional dosing approach.

WHO is looking closely at the performance of available vaccines including use of fractional doses, a senior official said, adding that the “agency’s strategic advisory group of experts will be meeting at the beginning of October to evaluate the evidence including fractional dose issues.”