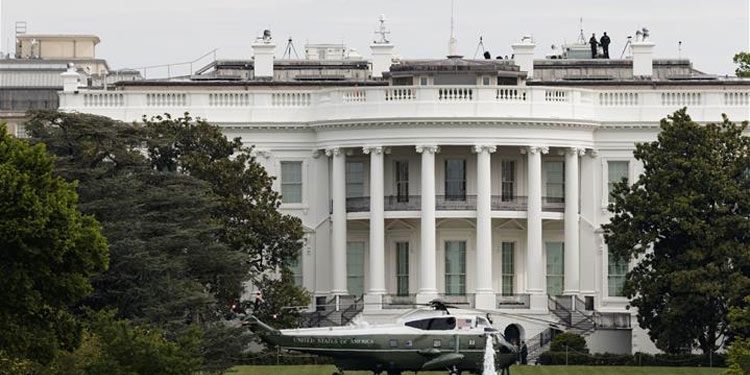 0
SHARES
4
VIEWS
Share on FacebookShare on Twitter
AFP – The White House unveiled a $916 billion stimulus proposal in a final dash to break a months-long logjam over new aid for the Coronavirus-stricken US economy before President Donald Trump leaves office in January.

Treasury Secretary Steven Mnuchin announced the plan, which he said includes “money for state and local governments and robust liability protections for businesses, schools and universities.”

Those elements have been key sticking points in negotiations between Democratic and Republican lawmakers.

The proposal comes weeks before Trump is set to hand over power to President-elect Joe Biden and a new Congress takes office – and as the country struggles with the world’s worst COVID-19 outbreak that has caused the worst economic downturn in a century.

“I look forward to achieving bipartisan agreement so we can provide this critical economic relief to American workers, families and businesses,” Mnuchin said. The new proposal is slightly larger than a $908 billion compromise unveiled by a bipartisan group of senators last week.

Mnuchin said he presented the package to Democratic House Speaker Nancy Pelosi and had reviewed it with Trump and Republican Senate Majority Leader Mitch McConnell.

“Bipartisan talks are the best hope for a bipartisan solution,” Pelosi and Senate Minority Leader Chuck Schumer said in a joint statement.

But “the president’s proposal starts by cutting the unemployment insurance proposal being discussed by bipartisan Members of the House and Senate from $180 billion to $40 billion,” the officials continued. “That is unacceptable.”

The Democrats’ rejection once again casts uncertainty on the adoption of a new stimulus package before Biden’s inauguration on Jan 20.

And time is running out, as federal and state assistance for millions of US citizens expires on Dec 26.

Democrats and Republicans in Congress, along with the Trump administration, have been negotiating for months but have been unable to agree on a successor bill to the $2.2 trillion CARES Act passed earlier this year to support the US economy.

Business shutdowns to stop the virus’ spread have led to tens of millions of job losses and, although the country is seeing some signs of an economic recovery, experts fear those could peter out without new aid, as COVID-19 cases hit record levels in parts of the United States.

“My view, and I think it’s a view shared by literally everybody on both sides of the aisle, is that we can’t leave without doing a COVID bill,” McConnell said before Mnuchin’s proposal was made public. “The country needs it.”

The CARES Act included a programme of loans and grants for small businesses, one-time payments of as much as $1,200 to all US residents, and an expansion of the unemployment safety net, which economists credited with preventing an even worse downturn. But much of that aid has expired and Republicans and Democrats for months have sparred over how much to spend in another bill – and what to spend it on. Democrats had insisted on support for struggling state and local governments, while McConnell wanted liability protection to businesses. The Republican Senate leader suggested excluding both of those provisions in order to reach a compromise, but Pelosi blasted the idea.

This article was first published in Khmer Times. All contents and images are copyright to their respective owners and sources.
Tags: break deadlockWhite House
Previous Post