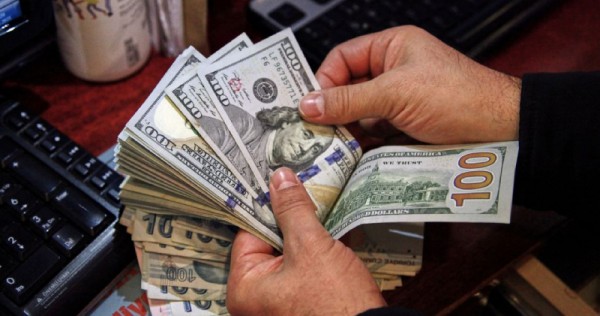 The eminence grise of Hong Kong’s banking circles has come out swinging against the United States in an unusual webinar that set a strident tone against the economy with which the city’s currency and monetary policy are linked.

The US government, under Donald Trump and his successor Joe Biden, has “weaponised” the financial markets , a “stupid and crazy” strategy that would undermine the US dollar’s status as the world’s reserve currency, said Joseph Yam Chi Kwong, the former chief executive of Hong Kong Monetary Authority (HKMA), the de facto central bank.

“First of all they put restrictions on Chinese enterprises ’ financing in the US, and stopped Americans investing in Chinese enterprises at the same time,” Yam said in an online webinar in Mandarin organised by the Hong Kong Institute for Monetary and Financial Research, a research unit of the HKMA.

“These are like capital controls or restrictions on people to use the US dollar or the international financial infrastructure. I think the Americans are getting crazier in this regard.”

Yam, 73, is now a member of the Executive Council of Hong Kong, the cabinet of Chief Executive Carrie Lam Cheng Yuet Ngor.

In the waning weeks of his presidency, Trump signed an executive order to ban US investments in Chinese state-owned companies for what he deemed “ties to the Chinese military.” The order listed 35 stocks, including China Mobile, China Unicom and China National Offshore Oil Corporation (CNOOC).

Yam then turned his fiery rhetoric on the US’s recent sanctions against Moscow in the wake of the Ukraine invasion.

“Some countries, like Russia, are not allowed to to use the international financial infrastructure due to some of the crazy US tactics in the short run. The affected countries will come across troubles and inconvenience,” Yam said.

“However, if you look at the long term, I think there will be some major negative risk for the US dollar as an international reserve currency.”

US President Joe Biden’s administration and European countries have imposed sanctions on Russian companies, institutions and officials over the country’s invasion of Ukraine that began in February. They have cut off many Russian banks from the global financial system and put almost half the nation’s US$640 billion (S$206 billion) in gold and foreign exchange reserves out of reach.

“All these US tactics or moves are crazy and actually stupid, in my opinion,” Yam said.

While sanctions may be cause for concern for targeted countries, they are likely to erode reliance on the US dollar, which currently dominates international trade settlement, he said.

In such circumstances, he said China could increase its internationalisation of its own currency, the yuan. But he does not think the country should remove its capital controls to speed up the process.

“Mainland China needs capital controls to ensure financial stability so as to avoid speculative actitivies,” Yam said. But Hong Kong, which does not have capital controls and is an international financial centre, can play an important role as an offshore yuan trading hub, he added.

“We should make good use of Hong Kong as an offshore [yuan] centre. The [yuan] should be used more in capital markets, for example – stock market transaction settlements and other usages.”

Putin says peace talks with Ukraine are at dead end, goads the West