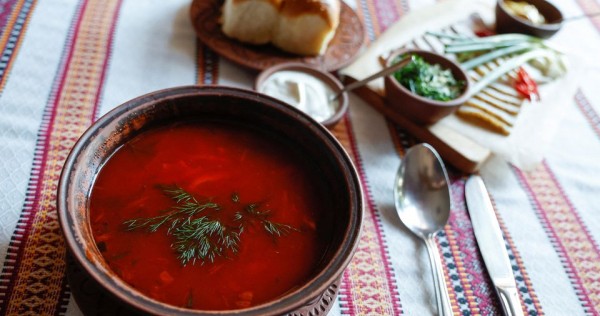 KYIV/PARIS — Ukraine claimed victory in an age-old culinary dispute with Russia on Friday (July 1) after the United Nations’ cultural agency placed a traditional beetroot soup on its list of protected Ukrainian cultural heritage.

Paris-based Unesco announced in a statement that it had placed borshch, a rich crimson soup packed with vegetables, on a list of cultural heritage in need of “urgent safeguarding” due to the risk posed to the soup’s status as an element of Ukraine’s cultural heritage by Moscow’s invasion.

Ukraine’s culture minister Oleksandr Tkachenko wrote on Twitter: “Victory in the war for borshch is ours!”

Moscow decried the new protected Ukrainian status of the dish, which is also popular in Russia, as an example of “contemporary Kyiv nationalism”.

“Our borshch does not need protection, but is subject to immediate and complete destruction in a bowl,” Russia’s foreign ministry spokeswoman Maria Zakharova wrote on Telegram.

This view was met by hostility by residents of Kyiv, including 53-year old civil servant Tetiana.

“They need to develop their own culture, not just try to claim that of others, she said.

A Unesco spokesman in Paris said the new status meant Ukraine could now apply for special funds to finance projects promoting and protecting the dish.

Diana Kharanovych-Yavorska, a 35-year old scientist enjoying a bowl of borshch on a sunny afternoon in Kyiv, said the decision represented a win over Moscow, especially significant in the fifth month of a bloody full-scale war.

“For Ukraine, this is a victory, considering that Russia always wanted to steal our history, our culture, and our national dishes,” she told Reuters.

“Ukrainian borshch… can be different for every housewife, but it’s ours,” she said.

Yevhenii Marshal, a chef at a central Kyiv restaurant, explained that there are several main types of borshch: The traditional red beet variety, green borshch made from sorrel, and even a fish-based variety. He is adamant that all are Ukrainian.

“Of course borshch is Ukrainian heritage. To prepare tasty borshch, the main thing one needs is a real Ukrainian (to prepare it), and taste,” Marshal said while slicing his way through a stack of carrots.

Glacier collapses in Italian Alps, killing at least 6 and injuring 8