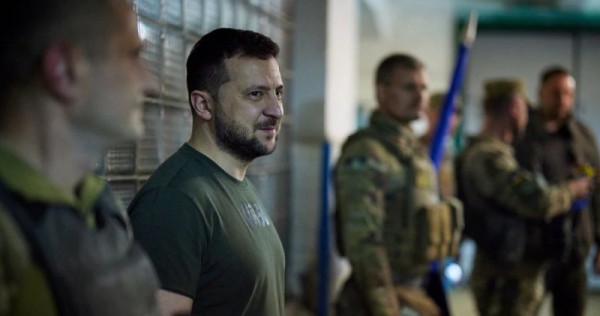 Ukrainian President Volodymyr Zelenskiy said on Tuesday (June 7) that Kyiv would not settle for a battlefield stalemate with Russia and that it aimed to regain control of all its territory occupied by Moscow.

“We have already lost too many people to simply cede our territory,” he said by video link at an event hosted by FT Live, in which he added that a stalemate was “not an option” for Kyiv.

“We have to achieve a full deoccupation of our entire territory,” Zelenskiy said.

Kyiv has previously said that Russian forces now occupy about 20 per cent of Ukrainian territory, including swathes of its east and south.

“We are not going to humiliate anyone, we are going to respond in kind,” Zelenskiy said, when asked about French President Emmanuel Macron’s call not to “humiliate” Russia in order to keep the door open to a diplomatic solution.

Ukraine hopes that Western deliveries of longer-range weaponry, including US HIMARS and Britain’s M270 artillery rocket systems, could help to push Russian troops back.

Zelenskiy also said he was “very happy” that British Prime Minister Boris Johnson, one of Ukraine’s staunchest allies, had survived a confidence vote among lawmakers of his governing Conservative Party on Monday.

Russia invaded Ukraine on Feb 24, in what it calls a “special military operation” to stamp out what it says are threats to its security. Ukraine and its Western allies say Russia is waging an unprovoked war of aggression.

Moscow has focused its efforts on the Luhansk and Donetsk regions, together known as the Donbas, after its forces were defeated on the outskirts of Kyiv in March and pushed back from the second biggest city Kharkiv last month.