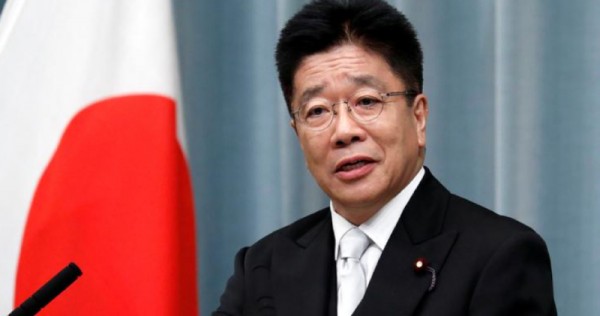 SEOUL – A South Korean court on Friday ordered Japan to compensate 12 women who were forced to work in its wartime brothels, a ruling that drew a strong rebuke from Tokyo and threatened to rekindle a diplomatic feud between the two countries.

Reminders of Japan’s 1910-45 colonial rule of the Korean peninsula are contentious for both sides, with many surviving “comfort women” – a Japanese euphemism for the sex abuse victims – demanding Tokyo’s formal apology and compensation.

Japan says the issue was settled under a 1965 treaty that normalised diplomatic ties, and the two countries agreed to “irreversibly” end the dispute in a 2015 deal.

But the Seoul Central District Court, a lower tier court, ordered Japan pay each of the women 100 million won (S$121,000), saying neither of the pacts can cover their right to seek compensation.

South Korea’s foreign ministry did not have immediate comment, but Ambassador Nam said in Tokyo that he would strive to prevent the ruling from having an “undesirable impact” on ties.

“I emphasised that it was most important for both sides to respond in a calm, restrained manner in order to resolve the issue,” Nam told reporters after being called in.

Some historians estimate up to 200,000 Korean girls and women were forced to provide sex to Japanese troops during the colonial era, sometimes under the pretext of employment or to pay off a relative’s debt.

“It was a crime against humanity that was systematically, deliberately and extensively committed by Japan in breach of international norms,” Justice Kim Jeong-gon said in the ruling.

“Even if it was a country’s sovereign act, state immunity cannot be applied as it was committed against our citizens on the Korean peninsula that was illegally occupied by Japan.”

Only 16 registered Korean survivors are still alive, and six of the 12 victims have died since they initiated the lawsuit in 2016.

The women’s lawyer, Kim Kang-won, said he was “deeply moved” as the ruling acknowledged the Japanese government was accountable for the atrocity.

Kim Dae-wol at the House of Sharing, a shelter for the women, said two of five plaintiffs who live there were healthy enough to remotely monitor the trial and they welcomed the ruling.

“They said it’s never enough even if Japan pays tens of times more, but they don’t put much meaning on compensation,” he told reporters. “They just want Japan to apologise and let more of its people know, so that there will no longer be such war crimes.”

South Korea and Japan, both staunch US allies, are key trade partners and share other common interests, including fending off North Korea’s growing nuclear and missile threats.

The former labourers have sought to seize and sell some of the Japanese companies’ assets in South Korea as compensation, which Tokyo had warned would bring a “serious situation.”

Kim, the comfort women’s lawyer, said he will look into ways to enforce the court order.

Toxic air in India linked to large number of miscarriages