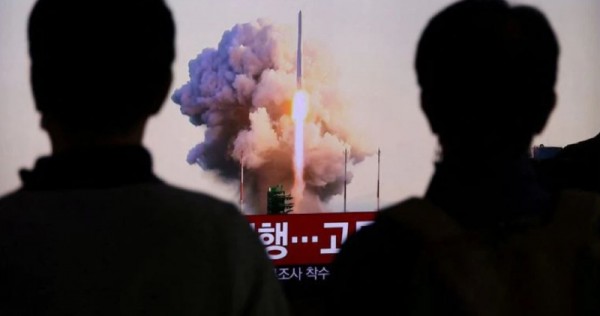 The rocket lifted off from Naro Space Centre on the southern coast of South Korea at 4pm (0700 GMT) (3pm Singapore time). A 162.5-kg (358 lb) satellite designed to verify the rocket’s performance successfully made contact with a base station in Antarctica after entering orbit, officials said.

“The sky of the Korean universe is now wide open,” Science and ICT Minister Lee Jong-ho told a briefing. “Our science and technology has made great strides.”

The three-stage KSLV-II Nuri rocket, designed by the Korea Aerospace Research Institute (KARI) to eventually put 1.5-ton payloads into orbit 600 to 800 km (370 to 500 miles) above the Earth, is a cornerstone of the country’s ambitious goals for 6G networks, spy satellites, and even lunar probes.

President Yoon Suk-yeol watched the launch from his office and thanked everyone involved as he was briefed by Lee and others about the success, vowing to keep an election pledge to create a new agency to take charge of space affairs, according to a statement by his office.

“Now the road to space from our land has been opened,” Yoon said. “It was the product of 30 years of daunting challenges. From now on, the dreams and hopes of our people and our youth will extend into space.”

In Nuri’s first test in October, the rocket completed its flight sequences but failed to put the test payload into orbit after its third-stage engine burned out earlier than planned.

KARI has said it plans at least four more test launches by 2027. Nuri is key to South Korean plans to eventually build a Korean satellite-based navigation system and a 6G communications network. The country also plans to launch a range of military satellites, but officials deny the Nuri has any use as a weapon.

South Korea is also working with the United States on a lunar orbiter, and hopes to land a probe on the moon by 2030.

After Tuesday’s successful launch, the US Embassy in Seoul said on Twitter it is looking forward to US-South Korea cooperation in space.

Space launches have long been a sensitive issue on the Korean peninsula, where North Korea faces sanctions over its nuclear-armed ballistic missile programme.

In March, South Korea’s military separately oversaw what it said was its first successful launch of a solid-fuel space-launch rocket, another part of its plans to launch spy satellites.

In recent years, South Korea and the United States agreed to scrap bilateral limits on Seoul’s missile and rocket development, clearing the way for new civilian and military launches.