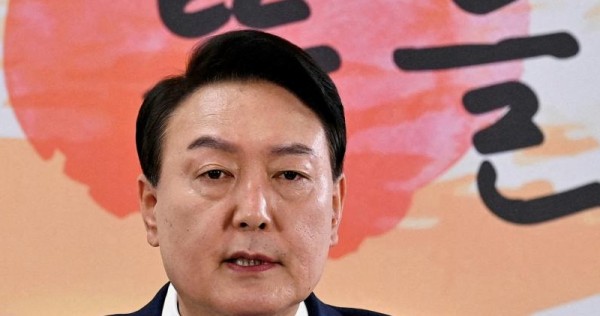 SEOUL — South Korea’s new president, Yoon Suk-yeol, said on Tuesday (May 10) that North Korea’s weapons programmes pose a threat but that he is ready to provide an “audacious” economic plan if the North is committed to denuclearisation.

Mr Yoon gave the remarks in his inauguration speech after being sworn in at a ceremony in front of Parliament in Seoul.

He won a tight election in March as the standard-bearer of the main conservative People Power Party, less than a year after entering politics after a 26-year career as a prosecutor.

He has signalled a tougher line on North Korea, warning of a preemptive strike if there is a sign of its imminent attack, but his speech was seen highlighting more on his willingness to reopen stalled denuclearisation talks with Pyongyang.

“While North Korea’s nuclear weapon programs are a threat not only to our security and that of north-east Asia, the door to dialogue will remain open so that we can peacefully resolve this threat,” Mr Yoon said.

“If North Korea genuinely embarks on a process to complete denuclearisation, we are prepared to work with the international community to present an audacious plan that will vastly strengthen North Korea’s economy and improve the quality of life for its people,” he added.

He won a tight election in March as the standard-bearer of the main conservative People Power Party, less than a year after entering politics after a 26-year career as a prosecutor.

Mr Yoon won the election on a platform of fighting corruption and creating a more level economic playing field, amid deepening public frustration with inequality and housing prices, as well as simmering gender and generational rivalry.

Mr Yoon could find himself at the centre of an international uproar over North Korea within days if it carries out its first nuclear test in five years, as US and South Korean officials suspect it might.

North Korea put its weapons tests back on top of the agenda when it broke a 2017 moratorium on long-range missile testing in March.

Mr Yoon has vowed to strengthen the deterrent capability of the staunch US ally as it confronts the North’s evolving threats, while seeking a reset of relations with China. Both issues will likely dominate his first summit with United States President Joe Biden this month.

Mr Yoon formally assumed his duties at midnight on Monday with a bell-tolling ceremony at Bosingak Pavilion in downtown Seoul.

The inauguration will be held on the front lawn of parliament, attended by some 40,000 people.

The inauguration has been given the slogan “Again, Republic of Korea! A new country of the people” which reflects Mr Yoon’s commitment to the people and to resolving regional, class and generational divisions and fostering unity, his team said.

After the inauguration, Yoon will begin work at a new office at a former defence ministry building inside a sprawling compound.

He has moved the presidential office and residence from the traditional Blue House under a plan, that is estimated will end up costing US$40 million (S$56 million), criticised by outgoing President Moon Jae-in as rushed and a national security risk.

Queen Elizabeth pulls out of parliament opening because of ‘mobility problems’