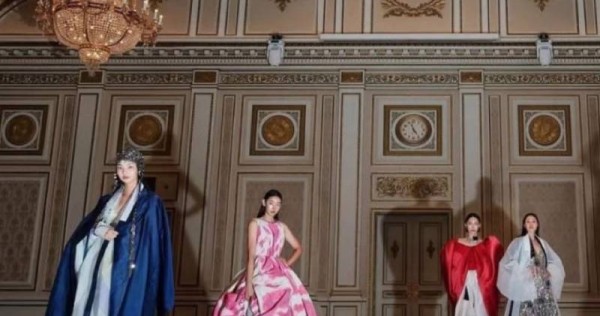 Days after Vogue Korea faced outrage for carrying out a steamy magazine photo shoot at the former presidential office in Seoul, authorities have cancelled an upcoming fashion show by Gucci at a 14th-century South Korean palace to avoid further controversy.

The luxury Italian brand had earlier received the green light to hold its constellation-themed Gucci Cosmogonie event on Nov 1 at the Gyeongbokgung Palace in Seoul, which it noted had been where “world-class astronomy was studied” centuries ago.

Netizens and members of the opposition liberal Democratic Party said the photo shoot in the historic building had insulted its cultural significance, and “undermined national dignity”.

“We had been preparing for the event with approval, before the fashion shoot controversy emerged,” Yonhap news agency quoted a CHA official as saying of the Gucci show.

“Although we expect various effects from the event, it’s not easy to go ahead with it in this situation.”

The pictures, which were taken as part of CHA’s Visit Korean Heritage Campaign, were removed from Vogue Korea’s website and its social media platforms following the uproar.

A person at Gucci Korea’s public relations agency familiar with the matter told The Korea Herald that a new date and venue for the show had yet to be confirmed.

In May, South Korea’s new President Yoon Suk-yeol opened the presidential Blue House to the public for the first time in 74 years as part of his pledge to abandon the palace in Seoul and establish his offices at the defence ministry compound in the Yongsan district, about 5km away.

The once heavily secured mountainside landmark, which now allows a maximum of 39,000 visitors per day, has gone through multiple transformations over the years.

Previously the site of a royal garden, the Japanese built the official residence for their governors-general there during Tokyo’s colonial rule of the Korean peninsula.

After Korea was liberated from Japan in 1945, the US military commander occupied the place until it became South Korea’s official presidential office and residence upon the country’s foundation in 1948.