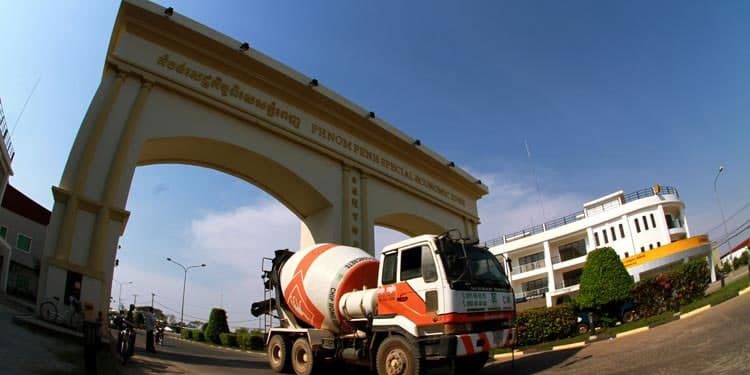 A disclosure document submitted by AGHL on Thursday stated, “on June 30 2020, the Electricity Authority of Cambodia (EAC) revised the tariff rates that applied in the Phnom Penh Special Economic Zone (PPSP) and allowed companies to opt for a supply of electricity from the national grid source without Asiatic Group’s power plant’s back-up feature.”

“[This] significantly changed the project’s operational and business model. As a result of EAC’s decision, it is anticipated that Asiatic Group would suffer losses to the revenue generated by the project,” it added.

The power plant in question was built by Colben Systems, a fully owned subsidiary of Asiatic Group.  Completed in 2008, the power plant is heavy fuel oil-fired and generated an initial capacity of 15 megawatts.

It was set up to provide a stable and reliable power supply to companies located within the special economic zone.

It is currently unclear what the EAC changed the tariff to, or why it has been changed.

PPSP released a short disclosure document through the Cambodia Securities Exchange (CSX) on Friday that confirmed PPSP has a joint venture with Colben Energy (Cambodia) PPSEZ Ltd (CEZ), a subsidiary of AGHL, which is involved in the generation and supply of power to the special economic zone.

“The arbitration has been referred to the Singapore International Arbitration Centre. PPSP is currently seeking professional legal advice and will make further announcements on any material developments in this matter, the disclosure said.

“As mentioned above, both investors and the public have been well informed,” the statement added.

Khmer Times contacted both Asiatic Group and PPSP for further comment, with both companies referring to the official disclosures already released.

As of the close of markets on Friday, PPSP was trading at 1,770 riels per share, falling 10 riels, with a volume of more than 65 million riels being exchanged during the day’s trading.

Asiatic Group, through its subsidiaries, operates two other power plants in Cambodia: one at Phnom Penh on behalf of state-owned utility EAC and the other at Sihanoukville.