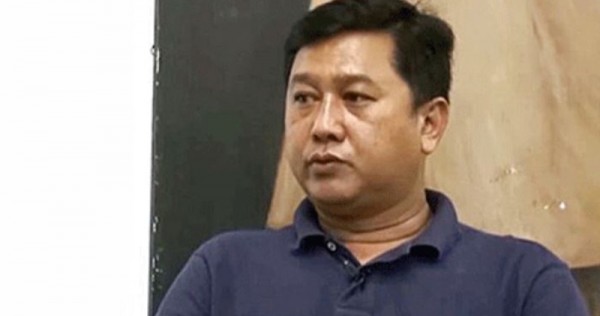 The decision to execute two prominent political leaders in Myanmar in what will be the first judicial executions in decades is an explosive move likely to have a devastating effect at home and further damage the military junta’s reputation abroad.

That is according to Phil Robertson, deputy Asia director at Human Rights Watch, after approval of the death penalty for four political prisoners, including the two democracy activists, was announced.

He said it was “equivalent to pouring fuel on the fire of popular antimilitary resistance in the country”, adding that such a commitment “will also lead to global condemnation and cement the junta’s reputation as among the worst of the worst human rights abusers in Asia”.

Other human rights groups and activists were also quick to condemn Friday’s announcement.

The United Nations expressed “deep concern” about a blatant violation of human rights and the Asean Parliamentarians for Human Rights referred to “cold blooded political assassination”.

The other two men sentenced to death, Hla Myo Aung and Aung Thura Zaw, were convicted last year of murdering a woman who was an alleged military informant. Their ages were unclear.

On Friday, the death penalty for the four prisoners was approved by the SAC. The last person hanged in Myanmar is generally believed to have been student leader Salai Tin Maung Oo in 1976, under a previous military government.

There was no date specified for the four executions but a veteran lawyer who spoke to Radio Free Asia on condition of anonymity said executions typically take place within 45 days of a ruling upholding a death sentence.

In post-coup Myanmar, the Tatmadaw, as the military is known, overthrew the civilian government and seized power on Feb 1 last year after a general election won by Aung San Suu Kyi’s National League for Democracy (NLD) party.

The military, which had backed the opposition, then claimed there had been widespread fraud and took control of the country, with more than 1800 protesters killed since then, including children.

Human rights organisation Amnesty International has also criticised the use of the death penalty during sentencing, saying it had recorded “an alarming increase” in the number of known death sentences in Myanmar, from at least one in 2020 to at least 86 in 2021.

Amnesty said in a statement: “The death sentence has become one of many appalling ways the Myanmar military is attempting to sow fear among anyone who opposes its rule, and would add to the grave human rights violations, including lethal violence targeted at peaceful protesters and other civilians”.

Thaw was charged under a counterterrorism law for allegedly possessing 200 weapons, 6,000 bullets, 40 nuts (mechanical fasteners) and various mines and bombs in the city of Yangon.

He was also charged with providing financial support to terrorists after the military accused him of sponsoring the People’s Defence Force (PDF) in attacks against the junta. (The PDF is the armed wing of the National Unity Government (NUG), a government created a few weeks after the coup and made up of ousted NLD politicians, activists and representatives from ethnic minority groups. The NUG is accepted by most citizens as the nation’s legitimate authority).

The PDF has undertaken increasingly effective strikes against the junta’s security forces and proxies since initiating a widespread armed revolt in September last year. The military has referred to the PDF and NUG as “terrorist” on many occasions.

The four men are the first of 114 people sentenced to death since the coup to have those sentences approved. Most of the 114, including students, anti-coup activists and two children, are in their 20s or 30s.

The condemned prisoners faced unfair trials and were denied the legal right to counsel and to defend themselves, said human rights organisations. Their relatives were not given information about the military tribunals including locations or the specific nature of the trials, said the Assistance Association for Political Prisoners (Burma).

He added that the executions were an unforgivable act, showing a disregard for the international community’s desire to return Myanmar to democracy and for Asean’s (Association of Southeast Asian Nations) desire to resolve the crisis since the coup through a five-point consensus.

The UN expressed “deep concern” about Friday’s announcement, which spokesman Stephane Dujarric described as a blatant violation of human rights.

He said UN Secretary-General Antonio Guterres had called for charges to be dropped “against those arrested on charges related to the exercise of their fundamental freedoms and rights, as well as the immediate release of all political prisoners in Myanmar”.

Family representatives for the two democracy activists could not be reached for comment and it was unclear whether the men, both detained since being arrested, had rejected the charges levelled against them.

The military made no statement on the activists’ pleadings and proceedings were held behind closed doors.

Asean Parliamentarians for Human Rights (APHR) was another organisation to express its alarm over the death sentences.

Charles Santiago, a Malaysian politician and chairman of APHR, said Asean and the international community “must use every means at their disposal to prevent these executions from taking place. If they are carried out they will be nothing less than cold blooded political assassination”.

He said the executions would further contribute to preventing “the already remote possibility of a sustainable political dialogue” agreed more than a year ago in a five-point consensus between Asean and the military junta.