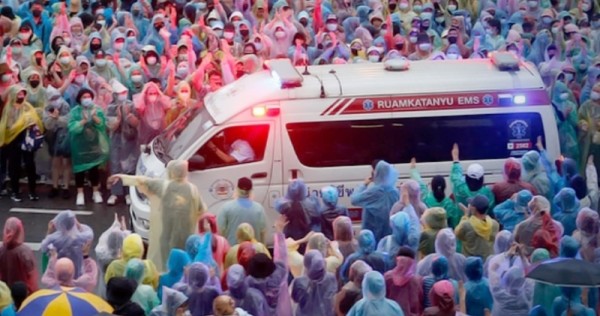 The number of doctors who have signed a petition protesting violence against anti-government protesters has risen from 386 to 1,008.

On Monday, medics issued a statement condemning policing of the rally on Friday (Oct16), when water cannon was used to clear protesters from Pathumwan Intersection and an ambulance was blocked while transporting a casualty.

The statement said medical personnel had to treat every person without discrimination under any circumstance and protect the rights and privacy of patients.

The doctors also demanded that authorities follow international regulations and stop using violence against peaceful protests, while ensuring that hospitals are safe and neutral locations.

International regulations forbid the use of chemical irritants against peaceful protesters, the medics said. Protesters complained of a burning sensation in their eyes and skin after being targeted by water cannon on Friday.

The government should heed international standards and open a space for people who want to voice their opinion, the doctors added.