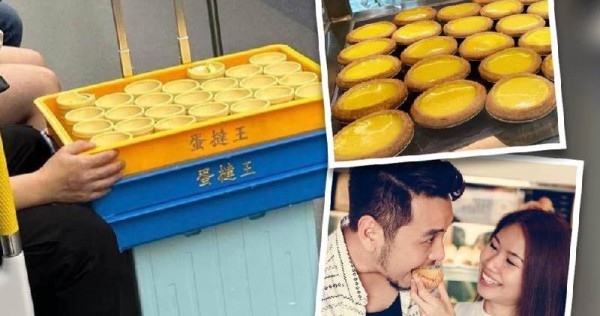 Hong Kong’s King Bakery discovered this to their cost last week when a member of its staff was spotted on the city’s super-crowded mass transit rail network — the MTR — carrying uncovered trays of egg tarts, exposing them to an array of germs and potential contamination.

Images of the errant eggy treats immediately appeared on social media, sparking concerns over hygiene, a matter the company says it takes seriously.

It is not surprising netizens had a meltdown, egg tarts are a Hong Kong culinary icon.

On its website, King Bakery boasts that all its branches are hygiene certified by the Hong Kong Quality Assurance Agency.

Within days of the social media storm breaking, the bakery, which was founded in 1993 and has 21 branches across the city, had issued an apology, promised to improve hygiene standards and train its staff better.

The delicate flaky pastry tarts filled with a wobbly egg custard are so entrenched in the city’s food culture, that in 2014 the manner in which they are produced was awarded Intangible Cultural Heritage status.

Kam Fung Restaurant in the bustling district of Wan Chai on Hong Kong Island, is one of many places they can be found.

Established in 1956, it is one of the city’s last old-school cha chaan tengs , which literally translates as ‘tea restaurant’, and an example of Hong Kong’s East-meets-West culture.

“We sell about 400 a day,” said co-owner Michael Yu, who inherited the business from his mother.

“They are popular with milk tea,” he said, adding that the secret is fresh ingredients such as eggs and butter.

Known as daan tat in Cantonese, the egg tart is a popular post-dim sum treat in Hong Kong, and across southern China.

However, the origins of the egg tart lie elsewhere — although where exactly is a mystery.

Some say they are a variation of British custard tarts, brought to southern China in the 1920s and adopted by Chinese chefs using dim sum pastry skills before the sweet treats made their way to Hong Kong at the end of World War II.

Others contend they are of Portuguese origin, stemming from the similar flaky crust pastel de nata tarts which are widely available in Macau, the former Portuguese enclave an hour’s ferry ride from Hong Kong.

Macau egg tarts have caramelised browned tops akin to creme brulee, unlike the smooth and glossy-topped version of its Hong Kong neighbour. This egg tart incarnation is thought to have been first made by monks in the 13th century.

One of Hong Kong’s most popular and oldest purveyors of the delicacy is Tai Cheong Bakery. It hit the headlines in the 1990s when one of its outlets was visited by the then Governor of Hong Kong, Chris Patten.

“They’ve got the best egg tarts in town!” Patten said at the time, spawning a tart to be made in his honour — the Fei Pang , or Fat Patten Egg Tart.”

Not only did the calorie-heavy dessert stick to Patten’s waistline, it stuck as his nickname until he left Hong Kong in 1997 as the city’s last colonial governor.