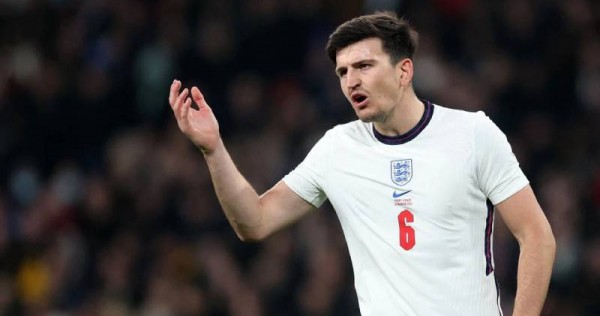 Manchester United skipper Harry Maguire has received a bomb threat to his home in Cheshire with local police conducting a sweep of the venue, the BBC and others reported on Thursday (April 21).

Defender Maguire, who lives with his fiance and two young children, had received the threat via email, reports said.

Cheshire Police confirmed in a statement they were called to reports of a bomb threat in the Wilmslow area on Wednesday, a day after United lost 4-0 to Liverpool at Anfield.

“No evacuations took place, but as a precautionary measure a police explosives dog attended the address this afternoon, Thursday 21 April, to conduct a search of the gardens and surrounding area,” the statement said.

“No suspicious items were found during the search. An investigation into the bomb threat remains ongoing and no arrests have been made at this time,” an updated statement later added.

Maguire has come under heavy criticism for his disappointing displays for club and country amid a dip in form this season.

The 29-year-old was also booed by a section of England fans during a 3-0 friendly win over Ivory Coast at Wembley Stadium last month.

“In the last 24 hours, Harry has received a serious threat to his family home,” the BBC quoted the England international’s spokesman as saying in a statement.

“The safety of his family and those around him is obviously Harry’s number one priority.”

United, who earlier on Thursday announced the appointment of Erik ten Hag as their new manager to succeed interim boss Ralf Rangnick, meet Arsenal in the Premier League on Saturday.

“He (Maguire) will continue to prepare for this weekend’s fixture as normal and we will not be commenting in any further detail at this time,” the spokesman added.

Manchester United did not immediately respond to a request for comment.

What’s the impact if Europe stops buying Russian oil? Without Russian oil, What would happen?