Malaysia Airlines to resume direct flights to Cambodia from November 19 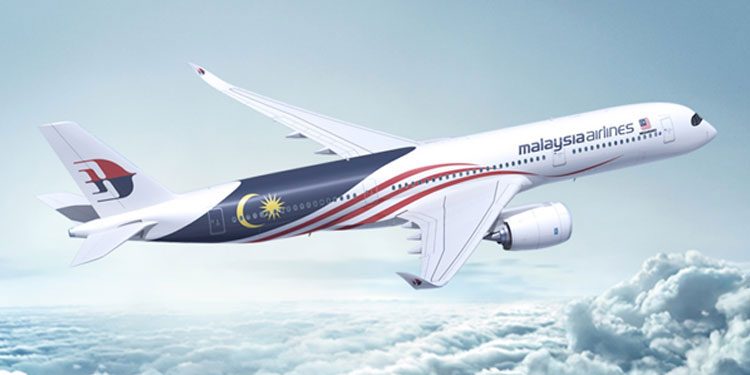 Malaysia Airlines is restarting its direct service from Kuala Lumpur to Phnom Penh on Friday November 19. It plans to fly every Friday, depending on the number of passengers, adding Saturday and Sunday flights from December 4 and 5, according to its website.

Flights will leave the Malaysian capital at 9am local time and arrive at Phnom Penh International airport 1 hour 50 minutes later at 9:50am Cambodia time.

Economy Class fares on MH754 start at $106 including charges and taxes, with Business Class fares from $287.

There is currently no information about flights from Phnom Penh to Kuala Lumpur on the Malaysia Airlines website.

Cambodia Airports, which operates the Kingdom’s three international airports in Phnom Penh, Siem Reap and Sihanoukville, confirmed that its Slot Team has the flights from Kuala Lumpur in its system. It said it was likely that Malaysia Airlines would operate the flights if there is an alignment between capacity and demand.

Flights from Malaysia, Indonesia and the Philippines were suspended by the Cambodian government 15 months ago on concerns about rising Covid-19 infection rates in the countries.

Prime Minister Hun Sen announced the lifting of the suspension of flights to and from Malaysia, the Philippines and Indonesia on October 23.

“ The government’s measures bring oxygen to a hard-hit sector. We look forward to the fast materialization of the many opportunities that they now offer. Malaysia, the Philippines, and Indonesia are interesting markets owing to their potential passenger volume,” a Cambodia Airports spokesman said.

Cambodia halved the quarantine period for fully-vaccinated arrivals to Phnom Penh last month. Most visitors will have to stay in a quarantine hotel for seven days with stay cut to three days for investors, diplomatic staff, international experts and some other groups. The government has also announced five-day quarantine-free tours to Sihanoukville, the island of Koh Rong and at the Dara Sakor Resort in Koh Kong province from November 30. Dara Sakor International Airport is due to open early next year. Visits to Siem Reap are due to start in January as part of the Vaccine Tourism Program.

Cambodia will face tough competition for visitors as Thailand opened airports in Bangkok and Phuket for vaccinated travellers from more than 60 countries yesterday, following an 18-month ban. It has already been operating a ‘sandbox’ scheme for foreign tourists in Phuket and Koh Samui. Indonesia has opened Bali to international visitors and Vietnam is opening the island of Phu Quoc later this month.

Soon Sihanoukville will be multi-purpose Special Economic Zone in Cambodia