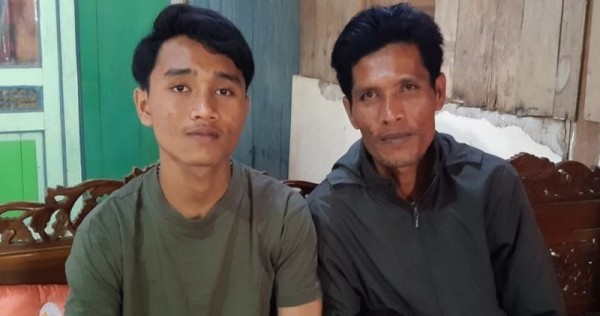 A 17-year-old teenager from Sragen, Central Java who was kidnapped when he was a young child has been reunited with his family after 11 years apart, all thanks to Google Maps.

Ervan Wahyu Anjasworo was attending a work training session at a rehabilitation centre for juveniles who have had dealings with the law in Cileungsi district, Bogor regency, West Java, in September when he decided to play around with Google Maps to look for a traditional market that his grandmother used to bring him to.

“At first I started to search for Solo

“I lived on the streets for around two years,” Ervan said.

He said that he was taken to Surakarta for a month before they returned to Jakarta. When they reached Bogor, West Java, the performer fled when he heard the sirens of the local Public Order Agency (Satpol PP), leaving Ervan alone at a mosque.

The local neighborhood unit (RT) head took him in but died a few months after.

“One of his grandchildren wanted to take care of me and took me in as a foster child,” he said. After seven months in the care of the RT head’s grandchild, Ervan was taken in by a social worker from the Bogor Integrated Care Center for the Empowerment of Women and Children (P2TP2A) and was educated at a pesantren (Islamic Boarding School) for eight years before finally being reunited with his family.

Super rare, purple-pink diamond up for auction, could fetch $52m