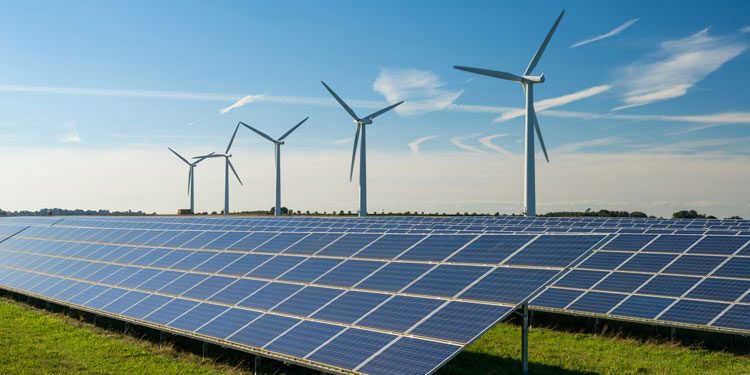 Kampot province will be home to the Kingdom’s first wind farm – a step in the right direction in terms of Cambodia’s renewable energy movement, say experts.

The first wind power project in Cambodia is approaching the construction stage. The Blue Circle (Cambodia), the company that conducted the study on it is currently in discussions with Electricity of Cambodia (EDC) over the cost of future electricity.

Chea Sophorn, development manager of The Blue Circle (Cambodia), said that if EDC agrees to the final proposed price then the company will start construction immediately.

He added that the company chose Kampot to invest in the construction of wind power plants after studying potential sites around the country starting in 2016.

The study initially found a wind capacity in Kampot of about 1,300 megawatts, of which 120 megawatts could be used immediately explained Sophorn Chea.

“Blue Circle’s first wind project in Kampot can generate 225 gigawatt hours of clean electricity annually which could supply 150,000 households and reduce more than 130,000 tonnes of CO2 emission equivalents a year.”

“This is crucial for Cambodia to meet the 2015 Paris Climate Change commitment and sustainable development goals,” said Sophorn.

According to the Power Development Plan (PDP) 2020-2030, the energy mixture of Cambodia will see a sharp-rise in coal-fired power generation of around 4,300 megawatts in the years to come – much of it imported from coal power plants in Laos.

To address the growing energy demand, adopting renewable energy (RE) such as wind and solar not only could help Cambodia to achieve full energy independence and sustainable energy development, but also to deliver electricity at a very competitive price.

Because wind occurs during both dry and rainy seasons and is available day and night, it can perfectly complement other sources of energy such as solar and hydro to provide a viable energy supply.

Such cheap RE prices were not available to developing countries a decade ago. Compared with coal and fuel-oil generation, a combination of solar and wind is at least 30 percent cheaper, with the benefit of securing a fixed price for the long term because it does not depend on any fuel or carbon liability. This is in line with government goals to reduce the cost of electricity for both commercial and residential users in Cambodia.

For his work on the wind farm project in Kampot, EnergyLab, a nonprofit organisation that supports the growth of the clean energy market, chose Cambodian wind farm developer Sophorn Chea as this year’s Clean Energy Advocate Award winner.

Chea was presented the 2020 prize by Australian Ambassador Pablo Kang.

Country Director of EnergyLab Cambodia Bridget McIntosh said: “There aren’t many Cambodians with experience developing wind farms – as you know there are no wind farms in Cambodia. Yet Chea has worked in the wind industry for more than seven years and came back to Cambodia more than two years ago to develop Cambodia’s first wind farm.”

McIntosh added: “Most importantly, Chea is blowing away the long-held myth  that Cambodia doesn’t have good wind resources for electricity production.”

She added that by getting out there and installing 50-metre tall monitoring masts, hiking for hours to get to them and installing monitoring equipment across the country, Chea has now developed a wind farm that can create electricity more cheaply than coal in Cambodia. Through his hard work we hope to see Cambodia’s first wind farm, providing balance and sustainability for years to come.