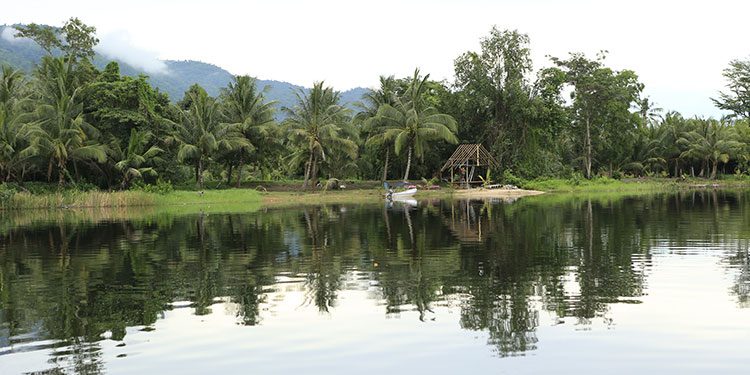 A new beach development project in Teuk Chhou district, Kampot province, has been proposed by a private company to attract more tourists to visit the coastal province, some 150 kilometres southwest of Phnom Penh capital.

The new beach development plan was discussed between Kampot provincial administration and the developer –IGB (Cambodia) Co., Ltd. in a meeting early this week under the chairmanship of Cheav Tay, Governor of Kampot province.

Mr. Soy Sinol, Director of the Provincial Tourism Department, said that the meeting was aimed to speed up the bay development to serve tourists.

The new beach is part of the firm’s beach resort development project and in the first step, the firm planned to develop a 2,000-metre bay in Boeung Touk commune of Teuk Chhou district, about 8 kilometres west of Kampot provincial city.

“The project is invested by private company, but we are pushing the firm to accelerate its development work and this time we want the firm to develop the new beach first,” Mr. Sinol told AKP.

The firm’s investment project has been approved by the Council for the Development of Cambodia (CDC), stated Mr. Sinol, who could not provide the specific date of project’s approval.

In the Monday meeting, Mr Tay also formed a committee and six sub-committees on the new beach resort development.

“Once the beach development done, it is good for Kampot province, meaning that we will have a new tourism product […]and we are in potential location,” Mr. Sinol said. Chea Vannak – AKP