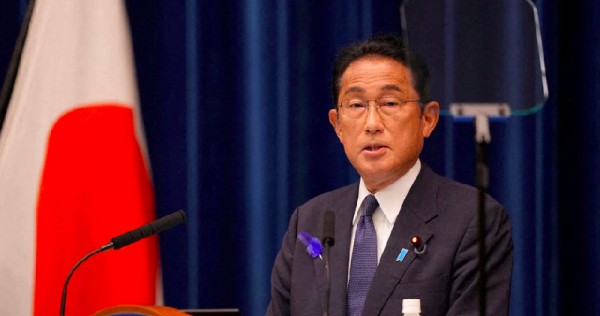 TOKYO – Amid sliding approval ratings, Japanese Prime Minister Fumio Kishida apologised for his party’s links with the controversial Unification Church, vowing to win back public trust by severing such ties and tightening vigilance over political activities.

Revelations of long-running links between some lawmakers of the ruling Liberal Democratic Party (LDP) and the church have become a headache for Kishida. Not only has his popularity slumped, but they have also fanned opposition to a state funeral planned for slain former premier Shinzo Abe, a one-time Kishida mentor.

Abe’s suspected assassin bore a grudge against the church, officially called the Family Federation for World Peace and Unification, alleging it bankrupted his mother, and blamed Abe for promoting it, according to his social media posts and news reports.

Appearing at his first in-person news conference as he emerged from Covid-19 quarantine, Kishida said politicians had a duty to be mindful about their relationship with “problematic” organisations.

While members of his cabinet had previously pledged to examine their own relationship with the Unification Church, Kishida said on Wednesday the LDP would go a step further to make it “party policy” to end such ties and step up compliance.

“There are still many people who are concerned and suspicious of strong ties … due to a number of media reports on the matter,” Kishida told a news conference.

“For this, I offer my sincere apologies as the president of the LDP.”

Kishida reshuffled his cabinet on Aug 10 and removed some cabinet members with ties to the church in an attempt to bolster support – to little avail so far. An Asahi newspaper poll at the weekend showed support for the cabinet at 47 per cent, down 10 points from July.

The Unification Church, founded in South Korea in the 1950s and known for its mass weddings, has over the years faced questions over how it solicits donations.

The funeral, to be held on Sept 27 at Tokyo’s Nippon Budokan hall, will cost about 250 million yen (S$2.5 million)excluding outlays for security and the reception of overseas dignitaries, the government has said.