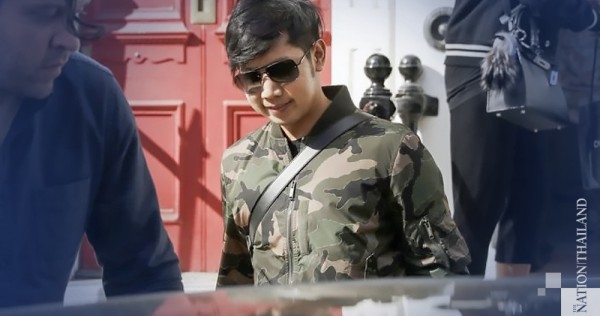 The International Criminal Police Organisation (Interpol) has agreed to issue a red notice to member countries to track down Vorayuth “Boss” Yoovidhya, wanted in a hit-and-run case.

Interpol has notified the Foreign Affairs Division, Royal Thai Police, about the red alert, a news source said on Friday.

On September 18, the Office of the Attorney-General announced that prosecutors had decided to indict Vorayuth on charges of using cocaine and reckless driving causing death.

Vorayuth, the scion of a billionaire family, hit the headlines recently when CNN reported in August that prosecutors had dropped the last charge against him in the hit-and-run case that killed a policeman riding a bike eight years ago.

The source explained that a red notice means if Vorayuth enters countries that are members of Interpol, they will alert the Royal Thai Police of his location.

However, the notice has no mandatory condition, as the decision to notify Thai authorities depends on the country’s discretion.

“Furthermore, the Thai government has notified Interpol that Vorayuth is holding a Thai passport, which will prompt the member countries to check for Thai passport holders only. This means if he uses other passports, he could slip through the screening system,” the source added.

Trump in hospital says he feels ‘much better’, but ‘real test’ ahead in Covid fight