Inflation in Cambodia stands at around 3 percent during COVID-19 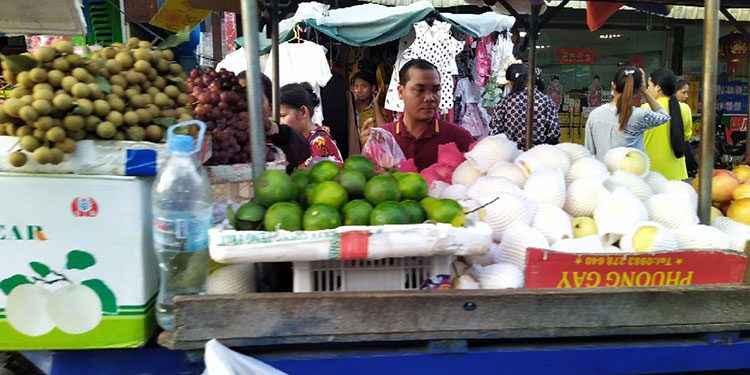 Cambodia’s inflation remains low at around 3 percent in the first eight month of this year with a stable exchange rate while the country’s international reserves continue to grow and can ensure up to 10 months of imports of goods and services, according to Chea Chanto, the governor the National Bank of Cambodia (NBC).

The data was revealed during a meeting with Yasuhisa Ojima, representative of the International Monetary Fund (IMF) in Cambodia this week.

Chanto also discussed the macroeconomic situation and the banking sector of Cambodia, which remains strong.

“The banking system is strong and has actively contributed to supporting economic activity and alleviating the hardships of various sectors and people affected by COVID-19,” he said.

Mr Ojima  expressed his support for the government’s policies and NBC to support economic activity as countries around the world are facing economic downturns amid the  spread of the virus.

“The IMF is ready to cooperate and make recommendations for the process of restoring Cambodia’s economic growth, which is gradually recovering,” he said.

The Asian Development Bank (ADB) has revised its 2020 Cambodian growth forecast to minus 4 percent from its previous prediction of minus 5.4 percent in June because of improved agricultural performance and increased volume of non-garment manufacturing.

It was projected that inflation would remain relatively stable at 2.1 percent in 2020 before falling to 1.8 percent in 2021 as low oil prices are keeping transport and production costs down.