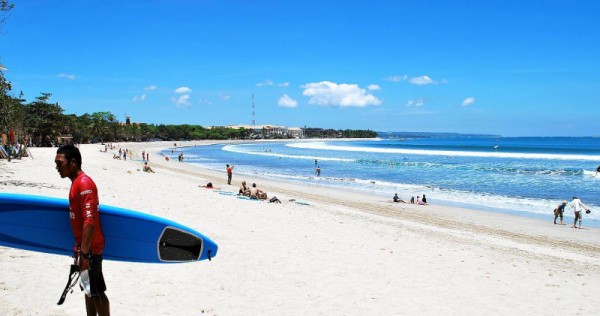 Indonesia will impose two weeks of increased coronavirus restrictions in parts of its most populous island of Java from Jan 11 to 25 and in the resort island of Bali, to support hospitals and reduce fatality rates, a minister said on Wednesday.

Chief economic minister, Airlangga Hartarto, said some of the measures include changes to opening hours for malls and limited capacity at restaurants and places of worship.

The announcement was made following the fact that the country has recorded its biggest daily rise in Covid-19 infections with 8,854 new cases, bringing the total number to 788,402, according to data from the country’s Covid-19 task force.

It also reported 187 new deaths, bringing the total number of fatalities to 23,296. Indonesia has reported the highest number of coronavirus cases and deaths in Southeast Asia.

A day before, newly appointed Health Minister, Budi Gunadi Sadikin said the government intended to begin its nationwide Covid-19 mass vaccination program on Jan. 13, with President Joko Widodo set to be given the first shot.

He added that vaccinations in other regions will start in the following two days.

The government has previously said 1.3 million frontline workers are due to be among the first to receive the vaccines made by China’s Sinovac Biotech. Indonesia has received 3 million doses of the Sinovac vaccine, named CoronaVac .

After health workers had been inoculated, regional governors should come forward to be given the vaccine “to generate confidence in the community,” said Budi.

The announcement comes before the country’s food and drug agency (BPOM) has given emergency use approval to allow inoculations to start.

BPOM did not respond to a request for comment, though the agency has previously said it hoped emergency use authorization would be granted once interim data from clinical trials in Indonesia, Brazil and Turkey was studied.