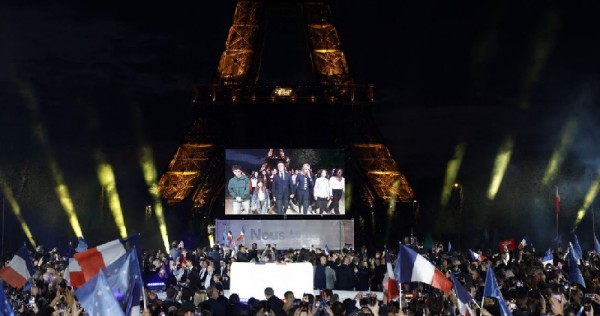 HENIN-BEAUMONT, France  – When Emmanuel Macron’s election victory flashed on TV screens mounted in the main polling station of far-right candidate Marine Le Pen’s stronghold of Henin-Beaumont in northern France, there was anger and disappointment etched on the faces of her supporters.

In this former coal-mining town in northern France, where unemployment runs high and the town hall is controlled by Le Pen’s party, there had been strong hopes that the far right would this time break through the glass ceiling that has kept it out of power.

Support for Le Pen’s economic nationalism is high among the region’s blue-collar workforce. So too is a deep disdain for a president seen as out of touch with regular folk.

“I’ve never hated a president so much,” said Marie Souillard, 50. “I don’t fully realise it yet, but tomorrow I’m going to be like, he’s here for another five years. I’m living a nightmare.” Souillard had hoped her truck-driver husband would be able to retire earlier if Le Pen had won, but those hopes have now been dashed.

“I don’t understand all these people who cheered Macron, it’s unacceptable, when you look at everything he’s done,” she continued.

Le Pen, who had been running for president for a third time, vowed to keep up the fight in parliamentary elections in June.

In his victory speech, Macron acknowledged that many voters who had rallied behind him had done so only to keep the far-right out of power.

“We will have to be benevolent and respectful because our country is riddled with so many doubts, so many divisions,” he told his supporters.

However, few in Henin-Beaumont were persuaded he was sincere.

Souillard’s daughter, Anais, said she was surprised Macron had won by such a comfortable margin given his handling of rising consumer prices and his plans to raise the retirement age.

“He doesn’t think about the working class, he’s a president for the rich,” she said.

Arnaud de Rigne, 26, a member of Le Pen’s National Rally party’s national committee, said he was disappointed by Le Pen’s loss but that there were signs for hope.