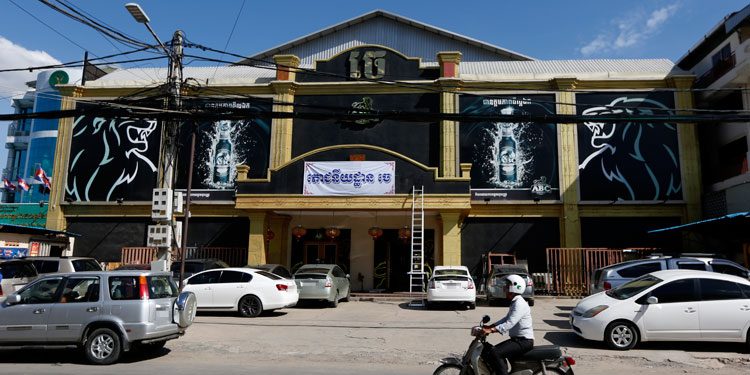 Entertainment businesses in Cambodia such as KTVs and nightclubs are still maintaining business during COVID-19 because of a loophole in the system.  Through the use of a restaurant licence, KTVs and clubs are able to keep their businesses running, but experts believe that poor imposition of restrictions will leave people around the country in danger.

An official notification by Phnom Penh Governor Khuong Sreng earlier this year said that to boost economic activity and re-employment, the outlets can re-open by being converted into restaurants – but owners need to follow measures to prevent the spread of COVID-19.

Authorities announced that they will carry out checks on businesses converting and reopening as restaurants to ensure that they adhere to their licences and COVID-19-prevention measures, but a Khmer Times investigation found a large majority of these businesses are neither serving food nor following safety measures.

A member of staff for a local nightclub, who wished to remain anonymous, said: “The club I work for has added restaurant to the end of its name and applied for a restaurant licence. This has allowed them to re-open without any questions. There are temperature checks on the way into the establishment but once inside there are hundreds of people tightly packed on the dance floor. I don’t believe it is safe.”

Others made similar statements.

In other parts of the world entertainment establishments such as bars and restaurants have been closed or been on restricted opening hours to stop a spike in COVID-19 cases. This tactic, however, has had an impact on different countries’ economies.

The conclusion that other nations have come to, though, is that in the absence of a fully effective contact-tracing system, nobody knows where transmissions are happening outside  households and the only conclusion that can be drawn is that people who contract Coronavirus  have done so in close quarters with other people.

Currently, Cambodia has 283 cases of the Novel Coronavirus with 278 of those cases recovering and no deaths. Compared with other countries this number is probably the lowest in the world. Because of this, people and businesses alike seem to be relaxed on safety precautions (KTVs and clubs included.)

These type of businesses heavily rely on filling their establishments. Without the customs, thousands of people would be out of jobs and businesses would go into administration. The problem that not only Cambodia faces at the moment is weighing up the state of the economy and the risk to people’s health.