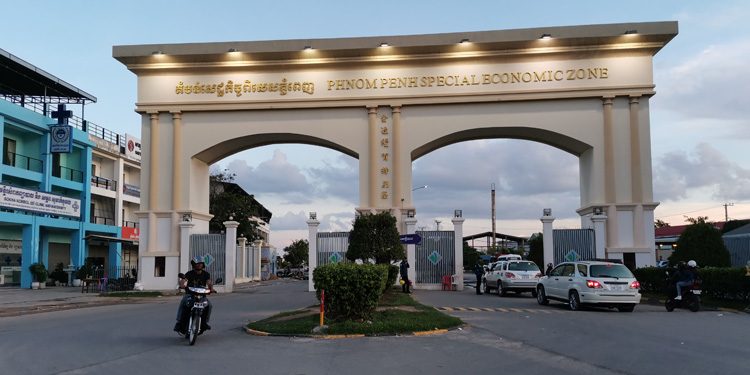 Foreign investors have asked the Cambodia government to reduce the cost of a certificate of origin (CO), which is currently far more expensive than other countries in Asean.

A certificate of origin is an official document used to certify that a product was wholly produced or manufactured in a country. It is generally a key document required by buyers and applies to individual products.

The suggestion was made by the Japanese Business Association of Cambodia (JBAC) in its 2020-2021 policy recommendation submitted to the government, saying that an application fee for a CO in Cambodia is more expensive than other Asean members, costing up to $58.

JBAC said in Vietnam a CO is free of charge regardless of whether it is subject to a tariff or not while in Thailand, there are three types of application and the fee is $24.50. In Singapore it is around $7. In Malaysia it is $2.39 and in Japan it is $10.

Te Taing Por, president of the Federation Association for Small and Medium Enterprises of Cambodia (FASMEC) said that this is a concern raised by investors and the government needs to take it into account to improve Cambodia’s competitiveness.

“I do agree with the suggestion because our production cost is already expensive in areas such as transportation and electricity, which is 50 percent higher than in other Asean members. We need to recognise this as an issue to attract more investment,” he said.

Taing Por said the high production costs in Cambodia may also contribute to the export of raw materials as well. He said the country will not progress well if it is just an exporter of raw materials.

“That why the government set out the Industrial Development Policy 2015-2025 (IDP) to promote the local processing industry to reduce the exports of raw materials which makes us lose added-value and reduce the number of potential jobs,” he said. “So we cannot continue to sell a tonne of unprocessed cashew nuts and import kilogrammes of the final product, for example.”

He said it’s time for relevant ministries to ease doing business for investors.

Cambodia’s competitiveness is lower than its regional neighbours due in part to its relatively weak business environment, according to a World Bank report.

The World Economic Forum’s Tourism and Travel Competitive Index for 2018 ranked Cambodia 98th out of 140 countries, stating that Cambodia scored worse on indicators relating to ease of doing business.

Cambodia had low scores for time to deal with construction permits, time to start a business, cost of starting a business and efficiency of the legal framework in settling disputes, according to the report. For example, it takes on average 99 days to start a business in Cambodia.

By contrast, it only takes 4.5 days in Thailand and 0.5 days in New Zealand. These indicators are similar to the World Bank’s Doing Business Report ranking.

The ministry’s spokesman did not respond to questions related to the concern when asked by Khmer Times before the newspaper’s deadline.