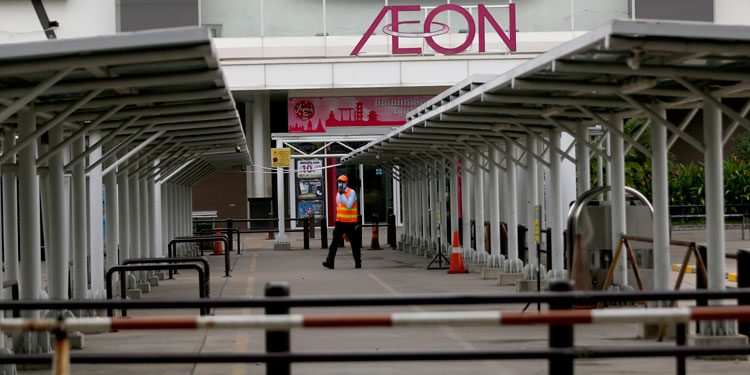 The latest COVID-19 outbreak paints a bleak picture for businesses, as the capital goes quiet following the first cases of community transmission being recorded by the Ministry of Health.

As reported by Khmer Times yesterday, to address the latest outbreak – dubbed the “November 28 community incident” – schools, hotels, theatres, cinemas and shopping and language centres have all been shut by the government in order to contain the virus.

The Ministry of Culture also informed tour associations, travel agencies and companies to take heed of the notice, with public health taking priority over the immediate concerns of an already battered tourism sector.

Further still, Prime Minister Hun Sen’s order prohibiting gatherings of more than 20 people in the capital and Siem Reap, will likely also affect markets and trade across the region, as well as his recommending the postponement of weddings and large gatherings for 15 days set to affect entertainment venues and clubs already on thin ice.

Perhaps the biggest immediate event to be postponed so far was the Angkor Wat International Half Marathon that had been scheduled for Dec 6.

As the biggest running competition in Cambodia, the event has brought more than 20,000 visitors from in excess of 100 countries to the Kingdom in the previous two years.

Foreigners attending the event come for the race, but also to visit Angkor Wat and enjoy a variety of concerts and other activities, providing what would have been a much-needed boost for businesses heavily affected by the pandemic.

Cinemas are another sector smarting from the latest shutdown. Legend Cinema Marketing Manager Daranornn Ny said: “The latest community transmission will have a very big impact on the business because it will require us to temporarily close down all of our branches nationwide.”

“It [will have] a 100 percent impact on our business. All of our operations and services are closed, including our food and beverage services that [are usually] available via delivery apps,” he said.

However, he said the company is happy to oblige because [the company supports] the effort to stop the spread of COVID-19 within the community.

Club-nights and events have also been cancelled or postponed. Popular club night CUBIK announced via Facebook that its events have been put on hold until later dates.

“Unfortunately, we have had to make the decision to postpone CUBIK [events] in light of the new government regulations prohibiting the gathering of more than 20 people,” it said.

“Like you, we are incredibly disappointed, but we must, of course, obey the government regulations. We would hope all responsible promoters in Phnom Penh will be obeying the new regulations as we have [done] and [will not be] putting people’s health at risk,” it added.

High-profile events including a Philippine Chamber of Commerce in Cambodia (PhilCham Cambodia) event have also been postponed.  It had been slated to start as far forward as December and was due to be held at Raffles Hotel Le Royal.

PhilCham Cambodia was recently established to further promote Philippines-Cambodia commercial relations and serve as a venue for interaction and collaboration among Philippine executives, business owners and entrepreneurs in the Kingdom of Cambodia, as well as non-Filipino business owners who want to do business in the Philippines.

A Facebook post by Carlos Estevez, director at Factory Phnom Penh, said the venue had also re-scheduled all public gatherings and events until further notice because of the outbreak.

“While we all navigate the difficult waters of the COVID-19 pandemic, as well as rescheduling all events, we will be temporarily closing the inspiration library, relax room and games room on campus also,” it said.

The Facebook post also encourages any companies working within Factory to see whether their employees could work from home to reduce crowding on campus  and urged people to be vigilant and practise transmission prevention measures.

Indeed, as the business community braces to deal with the latest pandemic developments, stakeholders will be crossing their fingers that the latest outbreak can be contained.