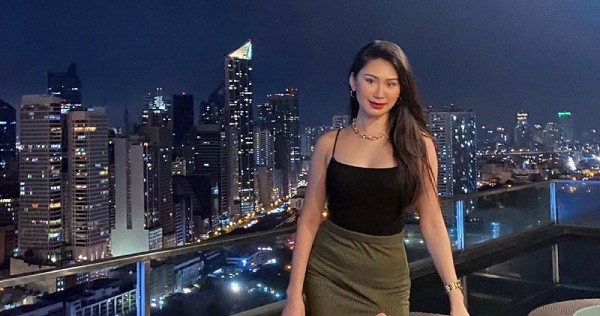 A party to ring in the new year ended on a tragic note for a young woman in the Philippines.

On Jan 1, flight attendant Christine Angelica Dacera was found unconscious in the bathtub of her Makati City hotel room where she had celebrated the occasion with some co-workers from Philippines Airlines (PAL).

23-year-old Dacera received cardiopulmonary resuscitation in the hotel’s clinic but remained unresponsive. She was subsequently rushed to Makati Medical Center where doctors declared her dead on arrival, with the cause of death being a brain aneurysm.

The Makati City police have filed provisional charges of rape with homicide against 11 men who were with Dacera at party, the Philippine Daily Inquirer reported on Jan 4.

“The victim had lacerations and sperm in her genitalia,” the police chief said, adding that bruises, contusions, and scratches were found on her arms and legs.

Three of the men have surfaced while the remaining have made themselves scarce, he said. The trio, aged between 25 and 29, are currently under police custody.

“Only three of them were Dacera’s friends. The others were practically strangers to her, as they were only known to her three friends,” the police chief added.

‘My daughter is a very good girl’

Dacera’s mother, Sharon, told GMA News that she had allowed her daughter to attend the party because she trusted her co-workers.

“She doesn’t deserve what you did to her. My daughter is a very good girl,” Sharon said tearfully.

Meanwhile, PAL called Dacera’s death “tragic” and described her as an “upstanding and professional crew member” in a statement on Jan 5.

The company is extending support to the deceased’s family, and hopes “for the truth to come out in the interest of justice”.

Social media platforms saw waves of support for Dacera this week. The hashtag #JusticeforChristineDacera is currently trending all over the world on Twitter, including Singapore.

Rape happens because of rapists, not because anyone “asked for it” 💔#JusticeForChristineDacera

From Filipino politicians and celebrities, to netizens in the Philippines and beyond, many members of the public condemned the crime and sought justice for Dacera.

However, the police have urged the public to not spread misinformation regarding the nature of her death.