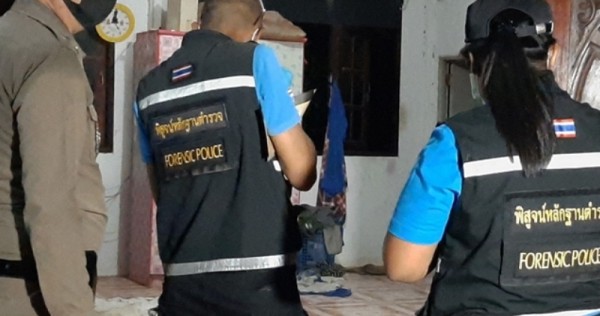 A drunk father in Chachoengsao province shot his son in the chest on Saturday night (July 18) before calling his wife and confessing to the alleged filicide.

Police came to the scene of the alleged crime after being informed and found Narong Khaek-on, 62, intoxicated with alcohol. They managed to take him to the police station for questioning.

The body of Piyapong Khaek-on, 34, lay on the kitchen table with a gunshot on the left chest. A rescue team took the body to Banpho Hospital for an autopsy.

The neighbours said that after Narong shot his son, he went berserk and continued firing into the sky while shouting with anger.

Malee Khaek-on, 67, the victim’s mother, said the father and the son usually fought and Narong had been imprisoned in the past for murder.