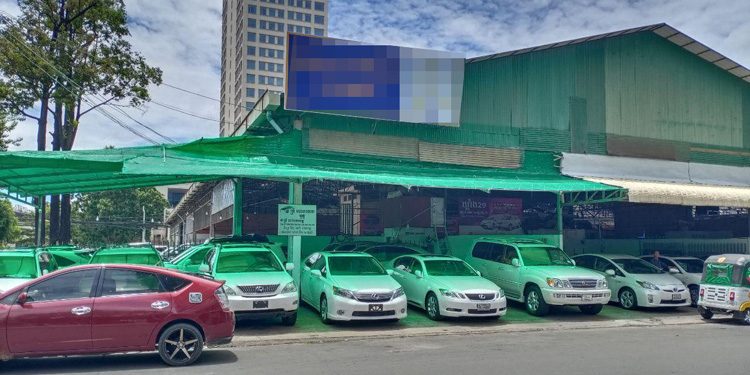 Automobile sales have dramatically fallen since March. The industry follows a list of other sectors which have been significantly impacted since the emergence of the pandemic.

Sombo Tuy, manager of PPP Auto Car Repairs in the capital’s Street 275, said the onslaught of the virus has forced him to lay off at least 50 percent of his workforce, with the remaining seven employees working on alternate weeks.

Tuy said: “Our business has fallen by 70 percent. Before COVID-19, a minimum of 12 cars came to our garage per day, but now we receive a maximum of only six cars.”

“Now, customers are only coming in for necessary things such as changing oil or brake pads. They are not willing to do any extra work on their cars,” he added.

To keep his business afloat, Tuy said the company has offered bargains and discounts to entice customers to pay for their services.

However, he admitted that despite the effort to boost their revenue, covering all expenses such as rent, utilities and salaries remains a challenge.

“Currently, we are self-surviving with the profits that we gained in past years. March and April were the worst months for us. Since July, things have gotten a little better. The big challenge is not COVID-19 but human resources because we have fewer staff. We are spending more money from our own pockets to sanitise the cars because we do not know where all the cars have travelled and we do not want our employees to get infected.”

Another sales manager of a reputed car showroom situated on the corner of Russian Boulevard, who declined to be named, said the effect of COVID-19 has particularly been noted with the drastic drop in the number of walk-in customers.

Because customers are afraid to travel, he said, they are demanding home deliveries with proper precautions at the company’s expense.

He noted that the exodus of expats from the Kingdom has also contributed to the company’s falling revenue, with them previously making up 20 to 30 percent of the company’s clientele.

Even the local customer purchase rate has dropped significantly. Likewise,  he said their main challenge apart from COVID-19 is cutting employee numbers.

A second-hand car dealer owner on Street 106 said business has been showing gradual recovery from May to July, with an average of 10 cars being purchased in the said months.

“In March, my business fell by 60 percent because there were no buyers. A few car dealers who had borrowed money from banks couldn’t pay it back because of COVID-19 and have shut down permanently. I had to reduce the price of cars for three months in March, April and June to get buyers,” said the dealership owner whose cars are imported from the US.

“The import tax is the same. It has not changed but overall the price of second-hand car imports has increased by $2,000 since July, which is a concern because I fear that from August my business may suffer more instead of recovering.

Like many other business owners, he said they are currently struggling with rental fees. This was exacerbated by a $200 increase which he said was imposed by his landlord.

“With the given circumstances, I’m worried how long my business can survive,” he added.

The dealer said banks were also being tougher on lending and vehicle parts were harder to obtain.

As economic sectors feel the pinch of the virus, businesses are left with no option but to respond and strive to keep afloat.