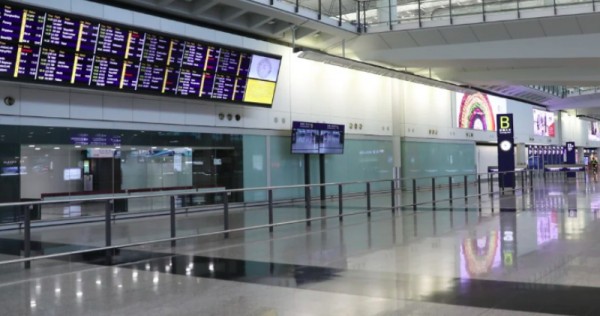 A traveller who spent three months living inside Hong Kong International Airport amid the Covid-19 travel lockdown is a Hongkonger and has entered the city without needing to undergo quarantine, the Post has learned.

The individual departed Canada on a Cathay Pacific flight heading to Vietnam in March but ended up remaining at the airport due to the border restrictions. The traveller entered the city on Thursday.

The Department of Health said he tested negative for the virus, adding his quarantine period was already over when he entered Hong Kong, as he arrived in the city in mid-March.

A Cathay Pacific spokeswoman confirmed the passenger had left the airport. “The passenger has completed the necessary arrival procedures in Hong Kong,” the company said on Friday.

As part of Hong Kong’s emergency response to the global health crisis, its airport transit services were suspended on March 25, only to resume on June 1. But mainland China has remained off-limits for transfers.

The Hongkonger was one of several high-profile cases that raised questions about the government’s handling of transit passengers this month. More than a dozen travellers were left inside the airport with nowhere to go due to the border restrictions and airlines mistakenly allowing customers to take flights despite the border closures.

It is unclear why the man repeatedly refused to leave the airport. The airline was required to care for him, providing him with free food and drink during his stay.

A source close to the Immigration Department said that generally, a passenger who wished to remain in the airport’s transit area was not required to present for arrival in the city or go through immigration procedures.

Democratic Party lawmaker James To Kun-sun said the department would be less hands-on and allow individuals in the transit area to organise their travel plans with help from staff or airlines unless they “posed a danger or national security concern for Hong Kong”.

“Immigration will not be very proactive to sort out if he is a Hongkonger,” he said. “If you don’t breach security and don’t pose risks to other passengers or yourself then we’ll just leave you

“There are many scenarios but it ultimately boils down to what travel document he is holding,” Tam said. “The Immigration Department needs to explain this. Did they know all along that he was a Hongkonger or did they just find out recently? I think it’s absolutely ridiculous that three months went by before they found out. Did he hide his identity or were they incapable of handling the situation?”

Ten passengers who flew in on an Emirates flight almost two weeks ago were stuck at the airport after being unable to transit to mainland China, due to the travel restrictions. They refused to go back to Dubai but will be sent back after completing quarantine on Saturday, according to the airline. All 10 tested negative for the virus.

The Middle Eastern carrier said it would suspend transiting passengers through Hong Kong until July 15 and customers flying to the city on Emirates would face stricter checks to ensure they were eligible to travel.

Airlines risk punitive measures, including being barred from transferring passengers at the airport, if they allow unauthorised passengers to board in future.

A British Airways passenger who lives in Zhuhai, Guangdong province, is still refusing to leave the transit zone. The 63-year-old woman has refused all offers to be flown to the mainland via London for free.