Concerns raised over tax auditing practices during the pandemic in Cambodia 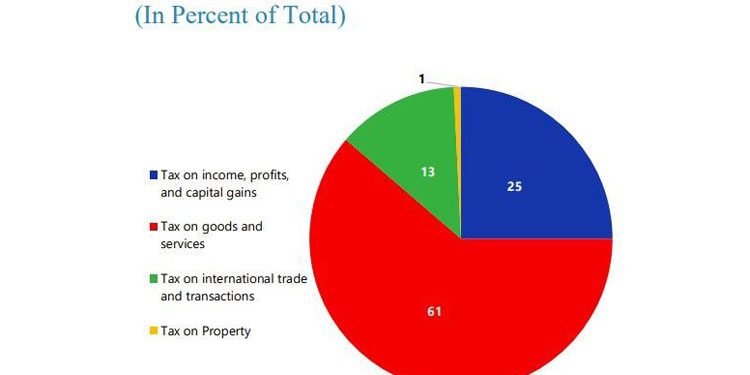 Concerns have been raised that taxpayers are being unfairly targeted by the General Department of Taxation’s (GDT) continued drive to increase tax revenue through, at times, allegedly unnecessary or questionable auditing practices, towards businesses that are already particularly hit hard by the COVID-19 pandemic.

There are claims that while robust economic growth and a widening taxpayer base have greatly contributed to rapidly growing tax collection revenue. The proliferation of audits and associated assessed taxes, penalties and interest are continually playing a larger, if not dependent, role.

Further, over the past three years, the GDT has been increasing its auditing staff, as well as offering incentivised commission-based bonuses with 10 percent of penalties and interest awarded to the individual auditor. This has resulted in claims that approximately 40 percent of overall tax revenue is now coming from audits.

The concerns were raised after the GDT registered $2.25 billion in the first nine months of this year, despite a serious downturn in the economy because of the COVID-19 pandemic, according to its own reports. The report added that this represented an increase of 3.71 percent compared with the same period last year and was 78.10 percent of the annual target of tax collection.

Speaking about the concerns, Group Chief Executive Officer of Cambodian Investment Management Holding Co Ltd Anthony Galliano said, because of the proliferation of audits, taxpayers have had to adapt to a strict compliance regime and, in tandem, maintain fluency with ever-changing complex regulations.

“Even before COVID-19, there was certainly a growing disenchantment with the increased frequency of audits and the burdens of audit proceedings among the business community. This has now only been elevated with the advent of the pandemic, as businesses are struggling in the current depressed economic environment and audits can be a further hardship,” he said.

He added that audits as a deterrent to tax evasion are substantially fair, especially those conducted by the GDT head office, generally exposing instances of non-compliance and lack of understanding of new tax regulations and documentation maintenance requirements.

“However, the structure of the compensation system for auditors can lead to occasions where the opening gambit is insinuations of under declaration of revenues and salaries as a starting point for negotiations, frustrating compliant taxpayers,” he said.

In response to what should be done to assist taxpayers and accountants, it was recommended that it would be more constructive to further encourage and reward compliant taxpayers with an easier and more immediate escalation process.

“Creating an earlier grievance mechanism in which the audited taxpayer can raise assessment issues perceived to be unfair, unjust, or in contravention with the Law of Taxation would ensure a more efficient and inexpensive process and discourage dogmatic behaviour. Those taxpayers that utilise licensed accounting and auditing firms, which is at a compliance cost to the taxpayer, could be granted a simpler and faster process,” he said.

“It would also be valuable if tax agents and accounting and auditing firms formed an industry group to opine on market issues, much like that which has been achieved with Cambodia Tourism Association and others,” Galliano added.

It has been noted that while audits have been a healthy source of revenues and will continue to be so as long as tax evasions and non-compliance prevails. The resultant effect has been that businesses have been spooked, and compliance has significantly improved, especially with the increased use of licensed tax agents and accounting firms.

“As compliance increases, revenues from audits are likely to be negatively impacted, especially in an equitable framework.  Alternative tax revenue avenues will be needed to offset [increases in tax compliance],” he said.

Looking to alternative tax revenues, it was pointed out stubborn and recalcitrant unregistered businesses, and even de-registering business, are the low-hanging fruit for the GDT to target. It was also said that there has been a plethora of businesses either closing or being suspended during COVID. While an overwhelming majority of them are legitimate, some have done so to avoid tax.

“In the past the GDT has conducted operations, even door-to-door investigations, to compel unregistered businesses to become compliant taxpayers, significantly widening the taxpayer base.   This effort has lost some steam and is a great source of frustration for compliant registered businesses,” Galliano said.

“Resurrecting this initiative can yield superior and long-term financial benefits.  The reality is, the more businesses that register, the greater the increase in value-added tax, especially those that serve consumers. This is the golden egg,” he added.

Galliano welcomed the capital gains tax that will come into effect on Jan 1 next year, saying it is justified and fair because it encompasses individuals who have profiteered from property speculation, free of any tax, and, in a bull market, greatly enriched.

It also encourages a slight increase in property taxes. Alcohol and cigarette taxes can be increased to discourage excessive consumption, supporting national health improvement and contributing to tax income.

According to Galliano, “There is also a portfolio of unpaid tax assessments, some long outstanding, possibly due to taxpayer dispute or an insurmountable payment requirement. A negotiated settlement process would clear the backlog and reap financial gains. MEF (the Ministry of the Economy and Finance) Prakas 701 has equipped the GDT to force registration and punish culprits.”

In summary, Galliano outlined the GDT should continue to progressively transform itself through effective tax reforms that work with and reward law-abiding and tax-paying businesses.

“Over the past eight years the GDT has transformed itself, becoming a vital mechanism for collection of government revenue,” he said

“This has been achieved by upgrading its technology and raising the competency level of its staff through private sector and higher-educated hires, as well as abundant training.  Additionally, the introduction of a series of new laws and regulations has advocated registration and reeled in non-compliant businesses,” he added.