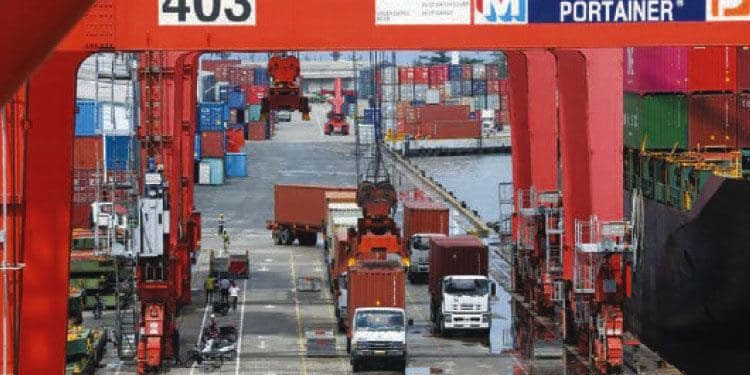 Cambodia exports to Japan totalled $1,487 million in the ten months this year, a 9.3% increase compared to the same period last year, according to the figures from the Japan External Trade Organization (JETRO), released last week.

From January to October, the Kingdom imported $447 million worth of goods from the East Asia nation, a year-on-year increase of 22.2%.

This resulted in Cambodia’s trade surplus with Japan at $1,010 million.

Cambodia looks upon Japan as a prioritised trade partner for talks on a bilateral free trade agreement to be established, according to the Ministry of Commerce.

The talks are set to be conducted soon as the Kingdom has already inked two bilateral FTAs – one each with China and South Korea.

Cambodia will be able to attract more investment from Japan as the country has a leading front of Covid-19 herd immunity and new investment law, Japanese ambassador to Cambodia Mikami Masahiro said in a seminar on Law on Investment of Cambodia, held by the Council for the Development of Cambodia in November.

“The new Investment Law of the Kingdom of Cambodia will be an effective and timely strategy for the socio-economic rehabilitation after the Covid-19 pandemic and make Cambodia an attractive and highly competitive destination in the region for quality and sustainable investment,” Mikami said.

The Council for the Development of Cambodia (CDC) approved 146 Japanese qualified investment projects (QIP) as of October with a total investment capital of $2,853 million.

Of the approved investment projects, 66 with a cumulative investment of $340 million are located inside special economic zones.

“It is a good sign of having trade increase,” he said. “With new trade pacts, more investments can be expected.”

CCC is also planning to set up foreign liaisons abroad to promote foreign investment, Heng said, citing that Japan is among the countries that CCC is planning to establish an office.

Japan is one of Cambodia’s biggest markets after the US and EU.