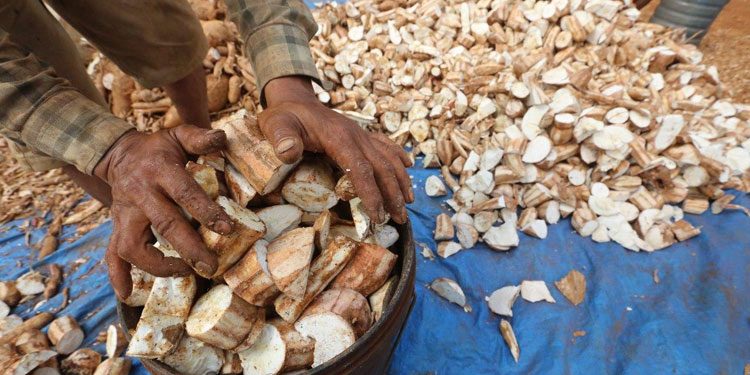 Veng Sakhon, minister of the Ministry of Agriculture, Forestry and Fisheries, said that the exports of formal agricultural products totalled more than 2 million tonnes and informal ones 1 million tonnes.

Last week, the Cambodian Rice Federation (CRF) asked the government to cancel the ban of white rice exports as soon as possible, so rice mills can clear old stock and pay back debt owed to consumers.

The request, which will help millers be ready to buy paddy in early July, was made during a meeting about the “current business situation and necessary measures during the outbreak of the COVID-19” situation between the private sector, the Ministry of Economy and Finance and led by Deputy Prime Minister Aun Pornmonirath.

The federation also requested the government allocate an additional $30 million to the existing $50 million and included the capital from the financial institution, now totalling about $200 million, to assist millers in buying around 800,000 tonnes of paddy.

CRF President Song Saran said the current storage capacity of rice mills in Cambodia is running at 1.9 million tonnes per season, with silo capacity at approximately 45,000 tonnes per day. The CRF president said, “With the current COVID-19 situation, some of the by-products of rice have been blocked. Rice bran cannot be exported, for example. CRF is also requesting the government exempt the withholding of tax for transport of paddy and milled rice, especially withholding tax on warehoused rents and private truck transport because this has been a burden for the mill-stunted corn.”

He asked the government to provide a feasibility study for rice millers to supply renewable energy, such as solar, which would make production costs for milled rice more competitive because current electricity policies do not. Encou- raging each mill to invest this type of energy requires significant leverage and costs. He proposed promoting in the agriculture community through the contract farming mechanism, known as the Public, Private and Producer Partnership.

No flight to export Cambodia mango due to COVID-19