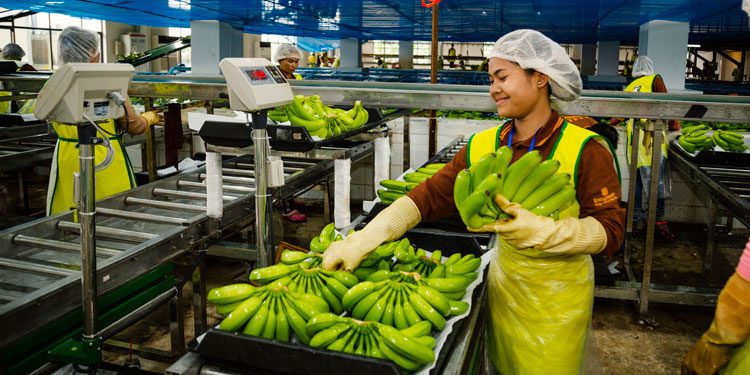 Cambodia exported 223,031 tonnes of rice during the first five months of 2021, a decrease of 34.56 percent from the same period last year, according to the Ministry of Agriculture, Forestry and Fisheries.

The decline was down to a lack of available shipping containers and rising shipping costs which are as much as five times what they were in 2019, according to the president of the Cambodian Rice Federation, Song Saran.

Despite the overall decrease, 2.93 million tonnes of paddy rice were harvested during the dry season over the first five months of the year, a year-on-year increase of about 751,500 tonnes.

The Kingdom also exported 205,024 tonnes of Cavendish bananas during the same period, according to the agriculture ministry.

China represented the biggest buyer of Cambodian bananas and accounted for 180,000 tonnes of the January to May exports.

Cambodia started exporting bananas to China in May 2019 and since then exports of the fruit have soared. Total banana exports totalled 150,000 tonnes in 2019.

US to give ransomware hacks similar priority as terrorism, official says