Blockchain cited as boost to public trust in financial institutions 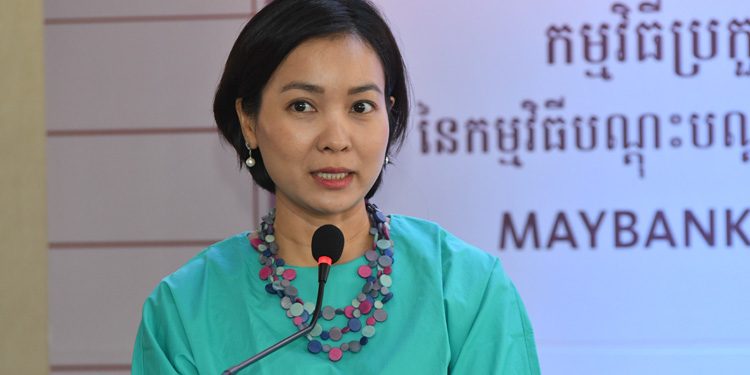 At this week’s 2020 Global Blockchain Policy Forum,  Assistant Governor and Director-General of Central Banking, National Bank of Cambodia (NBC) Chea Serey stressed the need for building public trust in financial institutions and how the new Bakong payment system and infrastructure, built on blockchain technology, should help boost that process.

She went on to say, “This trust deficit has not improved over the years but has in fact become worse, so it’s not surprising that a trust protocol like blockchain has become popular. The word I want to emphasise here is the word trust.  Trust in the integrity of this technology, its safety and its inherent freedom from interference by the very institutions that people no longer trust.”

Last month the NBC officially launched Bakong, a blockchain-based payment system infrastructure that enables banks and other financial institutions to work together, with an emphasis on safety, efficiency, cost-saving and, more importantly, financial inclusion. Bakong is a blockchain-based mobile payment application that brings all payment services providers and banks onto the same platform, which affords users smooth affordable services and enhanced confidence in using it to conduct financial transactions.

However, Serey noted that the building of trust will take time and does not come without hurdles.

She said, “When central banks talk about digital currencies and the use of blockchain technology this can actually reduce public faith instead of building it. While we in government and banking may be excited about the embrace of this new technology, we must recognise that when people lack confidence in financial institutions, a more sophisticated version of money is not going to bring that trust back immediately, especially when no one else has used it before.”

Serey added: “Trust-building among the public will take time and the central bank needs to have a proven track record of maintaining macro fundamentals such as low inflation and stable exchange rates. Building an inclusive financial system is part of the trust-building process.”

Forum discussions also touched on whether Cambodia could become a fully cashless society and obstacles to economic stability in the digital age that include deficits in affordable, sustainable energy, universal and reliable internet access and education being able to deliver digital and financial literacy to the people.

Serey summed up her views by saying, “I think there is much preconditioning needed before we are able to move to a digital economy. For developing countries such as ours, there are many hurdles. The long-term challenges will take quite a while to resolve. They will require a big investment in infrastructure but, having said that, nothing is impossible.”