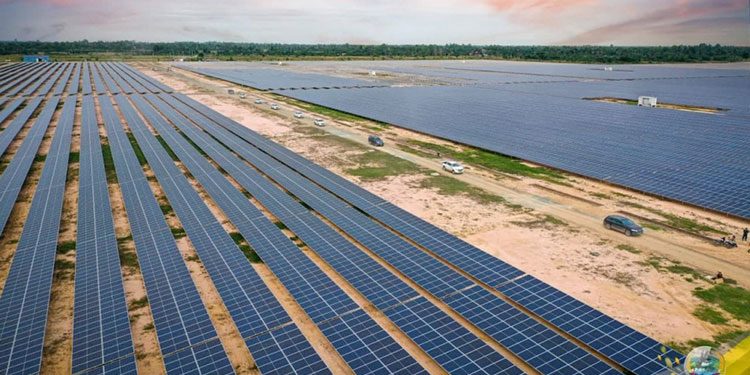 Another 60-megawatt solar power station in Pursat province’s Krokor district will generate power for the grid earlier next year.

The firm announced the timeframe of power generation during a visit made by Suy Sem, Minister of Mines and Energy, to the station on Dec. 1.

Schneitec Renewable Co., Ltd. is under the parent company of Schneitec Co., Ltd., which has another sub company –Schneitec Infinite Co., Ltd. currently operating a 30-megawatt solar station since September this year, said Victor Jona, Spokesperson of the Ministry of Mines and Energy.

Both stations are located in the same district of Krokor, Pursat province.

The Royal Government of Cambodia approved in 2019 two power projects in Pursat province, one is an 80-megawatt dam, located in Veal Veng district and the other is a 90-megawatt solar station project in Krokor district.

China and Indonesia companies working together to develop vaccine