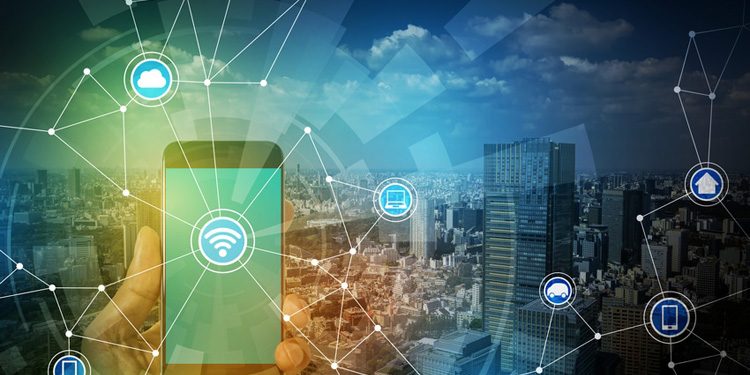 Super high-speed 5G technology is ready to roll out across Cambodia with the infrastructure enabling the technology already in place across the Kingdom’s five major cities, say observers.  With successful testing having occurred and the number of people with 5G-enabled devices growing daily, the only obstacle holding the technology back is the legal framework now being put into place by the government.

As the necessity for continuous connectivity increases, 5G is seen as the answer to meeting this demand by creating a fast, purpose-built network tailored to serve the needs of both citizens and the economy.

However, the one vital piece needed to get Cambodia to the 5G finish line is a green light from the government and, until that happens, the roll-out of the technology is at a standstill.

5G will provide vast benefits to both society and the economy but its full potential cannot be realised without the active participation of government and regulatory authorities. They must work with the private sector to enable vibrant, competitive markets.

Im Vutha, adviser to the nation’s telecom regulator noted, “The ministry will design a policy complete with a detailed roadmap to support and ensure the investment security of companies doing 5G-related business in Cambodia.”

“When there is a lot of capital at stake, we have to think about what we need to do with the infrastructure. If telecom companies build separate infrastructures, it will cost much more money, so we have to have a policy in place to guide them towards cooperation. Our policy must make sure that investments made by the private sector do not overlap, providing a benefit for all,” he added.

According to a study made by the Global System for Mobile Communications Association (GSMA), there are several key areas where forward-facing policies and regulations are crucial.

Network performance and reach: Governments at all levels can take steps to facilitate network deployment and expansion, simplifying and standardising planning procedures and regulations for site acquisition, co-location and upgrades to base stations and small cells, offering a reasonable expectation of approval for voluntary network-sharing deals while avoiding mandated sharing agreements and adopting policies that reduce costs for mobile operators.

Spectrum policy for the 5G era: Operators require access to sufficient radio spectrum in suitable frequencies. Cambodia has chosen the C-Band (3.3 to 3.8 GHz). With key spectrums secured for mobile at the 2019 World Radiocommunication Conference (WRC), a global ecosystem can now begin to develop equipment, devices and services that take advantage of these frequencies.

However, governments and regulators should avoid inflating 5G spectrum prices (e.g. setting high auction reserve prices) or setting aside spectrum (e.g. for vertical industries) that have been identified for mobile.

Capitalising on 5G opportunity: Governments and regulators must play their part to help propel 5G into commercial use by implementing policies that encourage advanced technologies to be applied across all economic sectors.

Ensuring consumer trust: Erosion of trust in digital services was a significant concern in 2019. As a result, governments around the world are implementing new or revised rules to ensure their citizens are protected when they engage with digital technologies. For data privacy laws to be successful, they must provide effective protection for individuals while allowing organisations the freedom to operate, innovate and comply in a way that makes sense for their businesses.

Cellcard’s Chief Executive Officer (CEO) Ian Watson explained 5G will be the true enabler of digitalisation for Cambodia but notes that the Ministry of Post and Telecommunications (MPTC) needs to put policy into place sooner rather than later.

“All of Cambodia will benefit from 5G, but the MPTC should ensure close working relationships with the telecommunications companies, otherwise Cambodia may be left behind other ASEAN countries by not being at the forefront of deploying the 5G technology,” Watson said.

Much needs to be done in terms of educating the public on the technology and its capabilities.

5G is, simply put, the fifth-generation mobile network – the latest global wireless standard following on the 1G, 2G, 3G, and 4G networks. 5G will evolve from existing 4G networks, marking an inflexion point in the future of communications, bringing instantaneous, high-powered connectivity to billions of devices.

Smart Axiata Co Ltd CEO Thomas Hundt explained: “Cambodia is a ‘mobile-first’ country with users who consume very high volumes of data. In particular, users in urban areas are always demanding more and faster data. They are ready for the so-called eMBB [enhanced Mobile Broadband] service, which is what 5G is all about.”

5G offers its users tremendous benefits that its predecessors could not. One of the main benefits is increased bandwidth for all users. Bandwidth is the amount of space available for users to use data to download files, browse the internet and watch videos.

Less bandwidth means everyone’s devices run slower.  When more bandwidth is available, devices run faster. Thus, when 5G is available, people will not have to fight for data with other users when they enter into crowded spaces. That problem will become a thing of the past.

For example, while 4G connections take around 30 minutes to download an HD movie, 5G system speeds will enable similar-sized downloads in about 25 seconds.

Cambodia’s 4G network is heavily used. It is significantly slower in areas of higher consumption compared with  areas with lower usage patterns. Experts say that once the Kingdom sees the rollout of 5G, many people will leave the 4G network. This will reduce pressure on the 4G network and people remaining on it will  enjoy faster network speeds than previously attained.

It is a win-win scenario. Those who adopt the new 5G network and those who stick with 4G will have better network experiences.

According to the international body in charge of setting limits on exposure to radiation, 5G is safe.

The International Commission on Non-Ionising Radiation Protection (ICNIRP), the German scientific body that assesses the health risks of radio broadcasts, has called for the following of new guidelines for millimetre-wave 5G, the most high-frequency version of the telecommunications standard.  In practice, millimetre-wave 5G, which is already in use in some places, including China, has output levels significantly below the new maximum.

The radio frequencies 5G uses are similar to those that have been used for mobile telephones since 1998 when the ICNIRP published its first set of guidelines for electric and magnetic fields exposure.

As an evolutionary technology, 5G will do all the things that 4G can do, but better. However, 4G is not going away anytime soon. It is expected to coexist with 5G well into the 2030s and together they will be the bedrock of the Kingdom’s future mobile networks.

Burger King revamps brand for first time in over 20 years

LONDON — Britain will not force tech giants to remove content that is "legal but harmful" from their platforms after campaigners and...