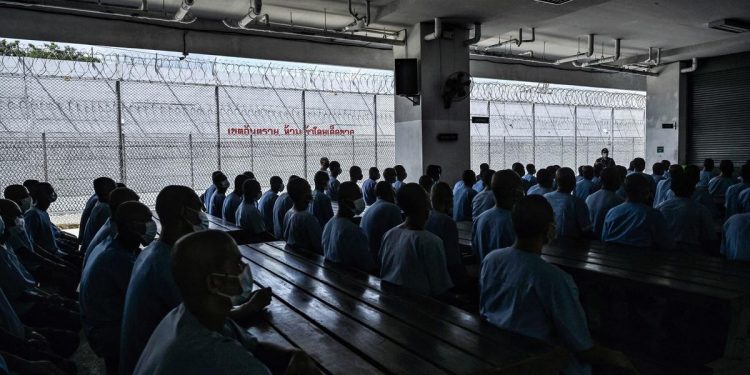 Convicted sex offenders in Thailand could soon be offered chemical castration in exchange for a shorter prison sentence, as lawmakers consider a bill aimed at tackling sex crimes, Reuters reports.

On Monday, 145 senators approved the bill, and two abstained. The lower house passed the bill back in March, according to Reuters. Before it becomes law, the bill must go through one more house vote and receive a royal endorsement.

The castration injection — which lowers testosterone levels — would be offered to criminals who are considered likely to commit additional crimes. More than 4,800 of the 16,413 convicted sex offenders released from Thai prisons between 2013 and 2020 re-offended, according to Reuters.

Those who opt to receive the injection would first need approval from two doctors. If they go through with the injection, their prison sentences would be reduced. However, they will still be monitored for 10 years, and they will be required to wear electronic bracelets, Reuters reports. Justice Minister Somsak Thepsuthin told Reuters he wants the law “to pass quickly” to avoid “seeing news about bad things happening to women again.”

“Convicts should be rehabilitated by changing their mindset while in prison,” he said, according to Reuters. “To use punishment like execution or injected castration reinforces the idea that offender can no longer be rehabilitated.”

Thailand wouldn’t be the first country to use chemical castration if the bill is approved. The controversial practice is already legal in countries such as Poland, South Korea, Russia and Estonia, Reuters reports. Meanwhile, several U.S. states, including California, Florida, Louisiana and Wisconsin, have similar castration provisions in their laws. In 2019, Alabama Gov. Kay Ivey signed into law legislation that required certain sex offenders to be chemically castrated before their parole.